That’s what Willem Buiter, chief economist at Citigroup Inc., makes of the Trump administration’s comments on exchange rates. The world’s largest foreign-exchange trading firm sees the dollar rising this year even as the president talks the greenback down and blasts some of the nation’s biggest trading partners for currency manipulation.

“This is all basically hogwash,” Buiter said in an interview on Bloomberg Television, referring to Trump’s criticism of China and Japan on their exchange rates. “All this currency-manipulator talk is, I think, basically hot air.” 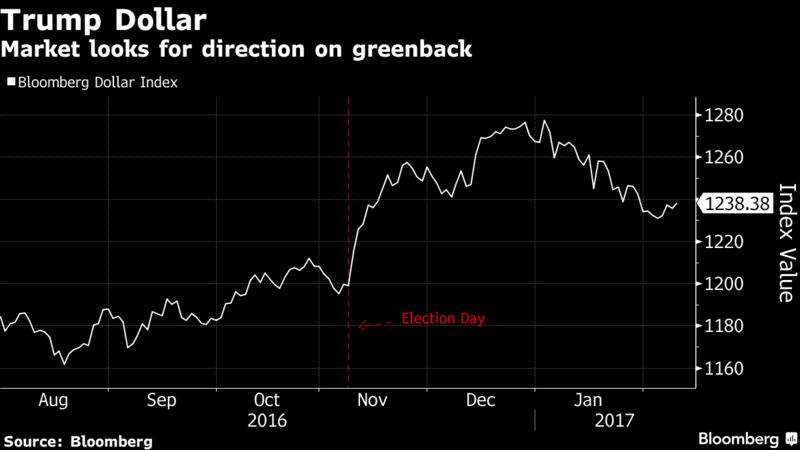 In recent weeks, Trump and administration officials have complained that the dollar is too strong, while accusing major trading partners — China, Japan and Germany — of weakening their currencies to gain trading advantages. That’s muddied the outlook for the greenback, which fell the past six weeks and has given back more than half of its gains since the developer and reality-TV star’s November election victory.

“No matter how hard the Trump administration rattles the cage in an attempt to talk the dollar down, if the markets anticipate significant future stimulus in the U.S. and further tightening by the Fed, then whatever short-term wobbles there may be in the U.S. dollar, the dollar will only go one way relative to most other currencies,” Buiter said. “And that’s up.”

Trump “probably would do well to look at basic economics of exchange rates,” Buiter said. “You cannot have anticipated fiscal expansion and anticipated monetary tightening while the rest of the world, by and large, is in a monetary loosening mode still and expect your currency to weaken.”