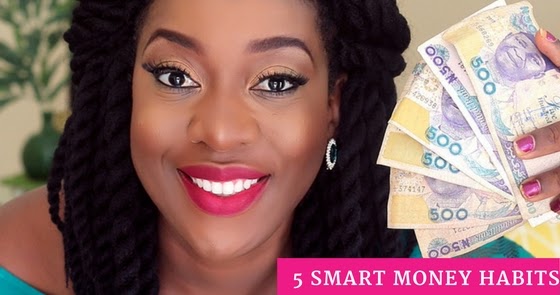 If you want to earn more, a good place to start is with your habits. The sooner you establish smart ones, the better your chances of building wealth.

Here are eight simple habits you can adopt today that will help make 2019 a more lucrative year.
Automate your finances

If your financial plan isn’t on auto-pilot, change that up, says self-made millionaire David Bach. Automating your finances — or, having your money sent directly to investment accounts, savings accounts and creditors — allows you to build wealth effortlessly.

It’s “the one step that virtually guarantees that you won’t fail financially,” Bach writes in his No. 1 New York Times best-seller “The Automatic Millionaire. ” “You’ll never forget a payment again — and you’ll never be tempted to skimp on savings because you won’t even see the money going directly from your paycheck to your savings accounts.”
Invest your ‘spare change’

Investing is one of the most effective ways to build wealth and, contrary to popular belief, you don’t need a lot of money to get started. In fact, thanks to micro-investing apps such as Acorns, you can start with your “spare change.” That app will round up your purchases to the nearest dollar and automatically put any spare change to work.

Other apps also aim to make investing simple and accessible, and automated investing services known as robo-advisors can work for you, no matter how much you have in the bank.

The key takeaway: Start investing sooner rather than later to take full advantage of compound interest.
0:49
This boss gives each new employee $500 to invest
Increase your 401(k) contributions

On the topic of investing, another easy way to dip your toes in is to contribute to your 401(k) plan if your company offers one. The more you can set aside, the better, but at minimum try to contribute enough to get the full employer match. It’s essentially free money.

Next, work towards increasing your contributions consistently, either every six months, at the end of the year or when you get a bonus or a raise.

Check online to see if you can set up “auto-increase,” which allows you to choose the percentage you want to increase your contributions by and how often. This way, you won’t forget to up your contributions, or talk yourself out of setting aside a larger chunk.
Save and invest unexpected cash

Pretend that extra money, such as a birthday check, bonus or any windfall, doesn’t exist.

Get in the habit of putting surprise cash, even if it’s just that $20 bill you found in your coat pocket, to work. Apply it to student loans, credit card debt, your emergency fund or an investment account. It’ll add up.

Plus, establishing this habit early on will help you avoid lifestyle inflation when you get more surprise cash in the form of a raise.
1:47
Here’s how to know how much you should have saved at every age, says David…
Hang out with high-achievers

The community you immerse yourself in matters. In fact, it could affect your net worth, says Steve Siebold, self-made millionaire and author of “How Rich People Think”: “In most cases, your net worth mirrors the level of your closest friends. … We become like the people we associate with, and that’s why winners are attracted to winners.”
Track your spending

You can’t build wealth if more money is leaving your wallet than coming in. To ensure you’re earning more than you’re spending, track your daily expenses.

There are a handful of apps that will do this for you, such as Mint or Personal Capital. You can also use a spreadsheet on your computer or simply record your everyday purchases in a notebook or on your phone.
1:14
Tony Robbins: Do this with your money before you’re 30
Tell yourself you deserve to be rich

If you want to build wealth, you have to start by telling yourself you deserve it, says Jen Sincero, who went from to a high-earning success coach and No. 1 New York Times best-selling author.

“One of the biggest obstacles to making lots of money is not a lack of good ideas or opportunities or time, or that we’re too slovenly or stupid. It’s that we refuse to give ourselves permission to become rich,” she writes in “You Are a Badass at Making Money. ”

She’s far from the only self-made millionaire who suggests that getting rich begins with your mindset. “When I began studying the ultra successful and super rich in 1984, I thought they were more ambitious than the average person,” Siebold writes in “How Rich People Think.”

“I later discovered after hundreds of interviews that it wasn’t the lack of desire that held the masses back from getting wealthy,” he writes, “but the lack of belief in their own ability to make it happen.”
Get comfortable with discomfort

If you want to earn more or get ahead in life, you have to be willing to step outside of your comfort zone.

This includes negotiating your salary. It’s one of the simplest ways to boost your earning potential, since those who ask for more usually get it. Yet most people don’t even try.

Sure, negotiation can be a tricky business, but not getting paid what you’re worth could mean the difference between an average life and a rich one. After all, as self-made millionaire Grant Sabatier says, “The number one thing that will dictate your future earning potential and get you to $1 million the fastest is how much money you are being paid today.”