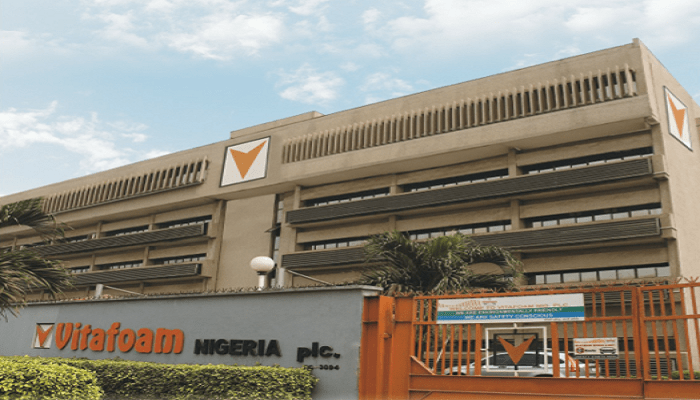 Bola Macaulayhttps://naija247news.com
Bola Macaulay is a freelance journalist based in Ibadan Oyo State. She is a graduate of Univesity of Ibadan and she's married with kids

Vitafoam Nigeria was the toast of the investing public yesterday as the board of the foam-manufacturing company announced that it has recommended payment of cash dividend and distribution of bonus shares to shareholders as returns for the 2018 business year.

The dividend which is subject to shareholders’ approval and withholding tax, is expected to be paid on March 8, 2019, to shareholders whose names appear in the Register of members at the close of business on Friday, February 15, 2019.

Vitafoam is also giving 1 bonus share for every 5 existing ordinary shares to shareholders. The new shares, according to Vitafoam, shall rank equally in all respects with the exisiting ordinary shares except that they shall not rank for the dividend recommended for the year ended September 30, 2018.

Vitafoam Nigeria Plc had released its results for the financial year ended September 30, 2018.

According to him, the company’s performance was boosted by a combination of positive external and internal factors such as improved funding through the Bank of Industry (BoI) intervention and government’s deliberate policy on foreign exchange trading and availability, which helped sourcing of input materials at cheaper rates and also helped planning.

He added that the company also focused on customer centric approach to drive sales by adopting innovative ideas and market differentiation that allowed it to meet the needs of customers across segments.