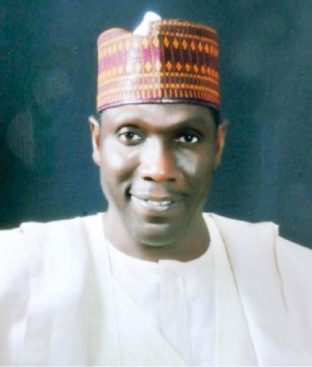 Mohammed Umara Kumalia was the Minority Leader in the House of Representatives during the fifth National Assembly. In this exclusive interview with Daily Trust on Sunday, Kumalia who moved the controversial ‘resign or be impeached’ motion against former President Olusegun Obasanjo, shares his experience during his time and cautions the ruling APC against micro-zoning the positions of leadership in the ninth National Assembly to individuals.

What were those things that influenced the emergence of the National Assembly leadership during your time?

Both in 1999 and 2007 when I was there what influenced the emergence of the National Assembly leadership had been purely merit. This is because there is the responsibility of the party and the responsibility of the members. My party at that time, the ANPP, which was in the minority, zoned the positions in the National Assembly leadership. There were the positions of the minority leader, minority whip, deputy minority leader and deputy minority whip. In the House of Representatives, the Minority Leader went to the whole North, the Minority Whip went to the whole South and elections were conducted.

In fact in their own case they had already produced the President and his vice. President Obasanjo was from the South-South while his vice was from the North-East so the next two top positions; that of Senate President and Speaker of the House of Representatives went to other zones. While the Senate President went to the South-East (Evans Ewerem) the Speaker went to the North-West in the person of Salisu Buhari who was later removed and replaced by Ghali Na’Abba. Then the position of the Deputy Speaker went to the South-South (Chibudom Nwuche) while that of the Deputy Senate President went to the North-Central (Senator Abubakar from Nasarawa State) who was later replaced by Senator Ibrahim Mantu. That was how it was done then. At that time the party gave the direction in the emergence of the National Assembly leadership as to which zone produced which candidate; then eligible members from those zones emerged after campaigns.

Why is ranking important in electing leaders in the National Assembly?

The thinking and the logic in trying to elect ranking members is because the ranking members are familiar with the rules of the legislative houses, the regulations, the processes and procedures. So they have backlog of information in view of their being there over a long period of time. That is why in most cases the positions of senate president and speaker and their deputies, minority leader/majority leader – came from zones that the party had zoned to but who are also ranking members who are usually elected.

So ranking is a very important aspect of the process of electing leaders of the National Assembly. A greenhorn wanting to be speaker or senate president, you can imagine the time he is even going to spend in learning the business of the legislature and relationship management between the legislature and the executive because the work of the legislature is a constant relationship management between these two arms of government. This is how these things have been done to avoid frictions except a few times in the past when the party decided to impose particular individuals.

The nature of the legislature is such that whenever members of parliament perceive there is an imposition from outside in terms of a particular candidate that is favoured, most often than not members try to pull away from that candidate and support their preferred choice because the legislature is always keen in trying to establish its own independence. You can be independent but when a particular party is in the majority that party has responsibility to work with the executive arm of government in harmony. That is why parties try to have dominance in terms of majority in the legislative houses.

They have to set the standards and rules as far as zoning is concerned but whenever they try to micro-zone to the point of an individual, it backfires. It happened in the PDP when the Jonathan government wanted to bring Mulikat as the Speaker. Members at that time revolted and even disrespected the zoning formula they had and brought Tambuwal from the North-West. The Speaker had been zoned to the South-West but because they were trying to impose a particular candidate they now revolted and brought someone from another zone to become speaker.

But talking about ranking, in 1999 when the country returned to democracy, what were the factors that determined the election of National Assembly in view of the fact that there were no ranking members?

At that time, like you rightly said, there were no ranking members because we were all fresh. Therefore, election into leadership positions was a function of competence, capacity, experience in whatever one was doing before being elected into the National Assembly and individual capability. In my case, for instance, when the Minority Leadership position was zoned to the north the northern members sat and said each geopolitical zone in the north should bring one contender each.

So I was a lawyer/civil servant that had worked in the National Assembly and it was a familiar terrain. Therefore, as I earlier said I eventually got elected based not on ranking but competence and ability and I was able to sell myself.

How much of influence did the Presidency had on the leadership of the National Assembly during your time?

Well, because I was not in the PDP I wouldn’t know much about that but from the little that I knew the Presidency did not influence anything, especially in the House of Representatives. But the Presidency showed interest in the leadership of the Senate. If you recollect there was Senator Evans Ewerem and Senator Chuba Okadigbo. The Presidency showed interest in Evans Ewerem and he was elected but what happened later? Within less than a year he was removed because he was not the preferred candidate of the Senators. Chuba was more popular but the Presidency used its might to impose Evans Ewerem on the membership. Even though the executive had its way eventually the members removed Ewerem and installed Okadigbo as senate president. So these things have a way of resolving themselves.

The ninth National Assembly is awaiting inauguration and the scramble for leadership positions has begun in earnest, what would be your advice to the ruling party?

My advice for the party is to do the needful. Do the zoning but allow the members who have the prerogative to elect those they want to be their leaders. However, the party has a role to regulate how this is done so as to ensure that no particular section of the country dominates the positions. For instance, we have president and vice president already; the president is from the North-West while the vice is from the South-West.

Therefore, you cannot take the Senate President and give to the North-West or take the position of speaker and give to the South-West. There are several other geopolitical zones that must enjoy from these other offices for equal representation. It is even a constitutional provision where the spirit of federal character was taken from which says that no particular group of people from a particular place should dominate political offices to the exclusion of others.

This principle of federal character must be reflected in all activities in terms of representation be it elective or appointive, as the case may be. In a nutshell, therefore, the APC should avoid a repeat of what happened in 2015 when people started campaigning for National Assembly positions before they came up with zoning and people said the zoning was skewed towards favouring some people. So it is better if they are coming up with a zoning formula. They should come up with it and make it very clear so that people would campaign for offices zoned to their areas.

For instance, in 2015, Yakubu Dogara ran for Speaker, Ahmed Lawan and Bukola Saraki ran for Senate President. Assuming Ahmed Lawan and Dogara won, then the Senate President and Speaker would all have been from the North-East which is totally against the spirit of the constitution, federal character and spread. So the sooner the party comes with the zoning formula the better. But I must repeat that the party should not make the mistake of micro-zoning to an individual because when they do that the stage for a fight between the executive and the legislature would be set.