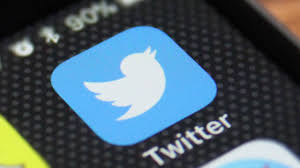 Twitter released its first quarter 2019 earnings on Tuesday, reporting earnings per share of 37 cents, adjusted compared to analysts estimates of 15 cents, according to Refinitiv.

Twitter reported revenue of $787 million compared to estimates of $776.1 million for the quarter, according to a survey by Refinitiv.

The company reported a new metric, monetizable daily active users (mDAUs) for the second time, after announcing last quarter it would shift to this metric and discontinue reporting monthly active users (MAUs).

Twitter beats on earnings, reports 134 million monetizable daily users
Twitter released earnings for its first quarter of 2019 Tuesday morning. The stock jumped more than 8% in premarket trading following the report. The pop is set to add around $2 billion to Twitter’s market cap, bringing it over $28 billion.

Earnings per share: adjusted 37 cents vs. 15 cents expected, per Refinitiv survey of analysts
Revenue: $787 million vs. $776.1 million expected, per Refinitiv survey
Monthly active users (MAUs), excluding SMS users: 330 million vs. 318 million expected, according to FactSet consensus estimate
This quarter will be the last for which Twitter reports Monthly Active Users (MAUs), the company announced during its last earnings report. As a replacement, Twitter began to report what it calls monetizable daily active users (mDAUs) last quarter, which it said would better reflect its audience. This metric includes “Twitter users who log in and access Twitter on any given day through Twitter.com or our Twitter applications that are able to show ads,” according to the company.

Twitter reported 134 million average mDAUs for the first quarter, compared to 120 million in the same period last year. In Q4 2018, Twitter said it had 126 million mDAUs.

The shift to a new metric came after Twitter reported MAUs that fell short of analyst estimates for two straight quarters during its fiscal year 2018. Twitter previously blamed the shortfall in part on a July purge of “locked” accounts that was meant to get rid of bots and fake users, among other factors. Twitter said the 330 million average MAUs it reported for Q1 was a decrease of 6 million year over year.

Twitter forecast Q2 revenue between $770 million to $830 million, compared to analyst estimates of $783.9 million to $853.6 million, according to Refinitiv. The company reiterated its announcement from last quarter that it expects cash operating expenses to increase about 20% year over year in 2019 as it continues to invest in “health, conversation, revenue product and sales, and platform.”

Twitter’s stock slid on its last earnings report when it provided light guidance for Q1, but it’s still up about 10% over the past 12 months. Twitter has been toying with the best way to optimize the experience on the platform for user well-being rather than purely based on engagement metrics. CEO Jack Dorsey told Rolling Stone in an interview published in January that his team has considered “what happens if we remove the ‘like’ counts from tweets.”

Twitter rolled out a public beta test through a separate app last month where it has tested new features, including hiding some replies by default to de-clutter conversations and hiding engagement options until a user taps on a tweet, TechCrunch reported.

In Twitter’s earnings release, Dorsey said the company is “taking a more proactive approach” to abuse on its platform.

“We are reducing the burden on victims and, where possible, taking action before abuse is reported,” Dorsey said in the release. Twitter now removes 2.5 times more tweets sharing personal information and about 38% of abuse tweets taken down each week are detected by machine learning models, he said.