The General Overseer of Kingdom Power International Christian Paying Centre, aka solution ground, prophet, Ohez Azuka, has caution women putting on various kinds of hair attachment that the almighty God forbids in the Holy Bible that may stop them from entering the kingdom of God he said

According to him, hair attachment, lipstick and eyes are anything a woman attach to their hair and body made by the devil himself, using satanic material from the marine kingdom that glorifies the kingdom of darkness which stands as a sin against God.

The Minister of God, read from the Holy Bible Book of 1Timonthy 2:8

Where God said, I desire then that in every place the Men should pray, lifting holy hands without anger or quarrelling; and also that women should adorn themselves modestly and sensibly apparel, not with braided hair or gold or pearls or costly attire.

The former Deeper Life Bible church Pastor, said as Christians, God desires us to appear before him holy and righteous any time or day inside and outside the four walls of the church. 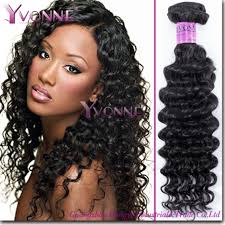 He notified the congregations that its is what God frowns at, that is what the people of the world embrace which is complete disobedient to the commandment of God.

He mentioned various categories of hair attachment women must put away for them to make heaven, such as, weavon, wigs wool, lipsticks, eyes contact or lens, paining of nails and other uncleans things that defile the body and angers God. 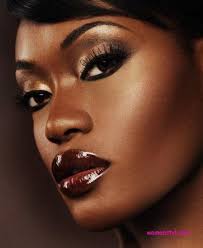 Also, men who put different kinds of hairstyles or cut, has no place in Gods kingdom, because those things are unclean he said.

Moreover, the deliverance minister appointed by God to bring liberty to the oppressed and broken hearted, warned fellow pastors, bishops, that has boldly removed this Holy Bible verses where God kicked against such things all in the name of gathering members and wealth for themselves, may end up in hell fire adding that nobody can change the word of God and the mind of God he told the congrats.

Furthermore, the cleric condemn gambling such as Naijabet, Nairabet, kings bet and other gambling house were young and women destroy their souls all in the name of making money.

Gambling is unacceptable in the eyes of God he said, therefore anyone who gets himself in such sinful act, has just signed his document of poverty and death in life, because such people can never make it in life he warmed the youth in is assembly.

Lastly, he called out women and men involved in bleaching skins all in the name of seeking for worldly beauty, that such people defiles the temple of God by sinning against him, telling them of the danger of loosing there place in heaven adding that even medical professionals advice women involved in such act against the danger behind it.

In conclusion he said, drinking of alcohol is a sin against God and because the book of proverbs said give a man drinks that they made drink and forget his sorrow, therefore any man that cannot face is challenges squarely is a lazy man, because drinking can never take way your problems and battle in life adding whatsoever a man plant the same will he reap in return.

We dont have “Obono-Obla’s WAEC result with us, Law School DG...