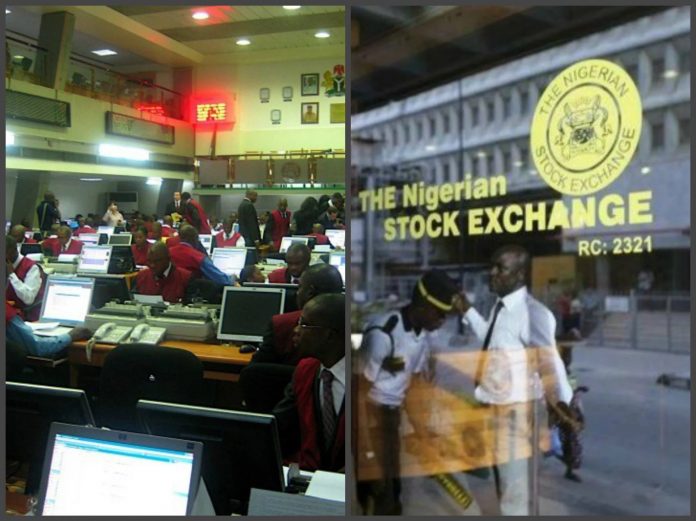 The bearish trend on the Nigerian Stock Exchange (NSE) continued on Wednesday as investors prepare for the much-talked about listing of 20.4 billion shares of MTN Nigeria Plc on the local bourse on Thursday.

The equity market depreciated by 0.48 percent to drop the year-to-date loss to 10.00 percent as the volume and value of shares traded declined by 11.66 percent and 22.82 percent.

The total transactions recorded during the midweek trade stood at 176.7 million units of shares sold for N2.1 billion compared with the 200.1 million units worth N2.7 billion of the previous day.

The Nigerian equities market on Wednesday dropped further by 0.48 per cent on a sustained bearish run for the third consecutive trading session.

Similarly, the market capitalisation shed N51 billion to close at N10.627 trillion, in contrast with the N10.678 trillion posted on Tuesday.

The downturn was impacted by losses recorded in medium and large capitalised stocks, amongst which are: Forte Oil, Cement Company of Nigeria (CCNN), Dangote Flour Mills, Dangote Cement and Union Bank of Nigeria (UBN).

Analysts at APT Securities and Funds Limited expected “Further moderation of the ASI as foreign investors remain on the sidelines in the absence of major economic triggers. However, this was to be diluted by value investors positioning for long term.”

Meanwhile, analysts at Afrinvest Limited anticipated a possible rebound before close of the week, as investors look out for fundamental stocks with attractive entry prices.

Market breadth was negative with 11 gainers, compared with 17 losers, with Chams recording the highest price gain of 9.09 per cent, to close at 36k per share.

Conversely, Wapic Insurance led the losers’ chart by 10 per cent, to close at 36k per share.

Similarly, the volume of shares traded closed lower with an exchange of 176.74 million shares valued at N2.08 billion traded in 3,294 deals.

Share
Facebook
Twitter
Pinterest
WhatsApp
Previous articleNigerian consumer inflation edges up to 11.37 pct in April
Next articleAlexis Sanchez closing in on Manchester United departure?
Godwin Okaforhttps://naija247news.com
Godwin Okafor is a Financial Journalist, Internet Social Entrepreneur and Founder of Naija247news Media Limited. He has over 16 years experience in financial journalism. His experience cuts across traditional and digital media. He started his journalism career at Business Day, Nigeria and founded Naija247news Media in 2010. Godwin holds a Bachelors degree in Industrial Relations and Personnel Management from the Lagos State University, Ojo, Lagos. He is an alumni of Lagos Business School and a Fellow of the University of Pennsylvania (Wharton Seminar for Business Journalists). Over the years, he has won a number of journalism awards. Godwin is the chairman of Emmerich Resources Limited, the publisher of Naija247news.
RELATED ARTICLES
General Interest