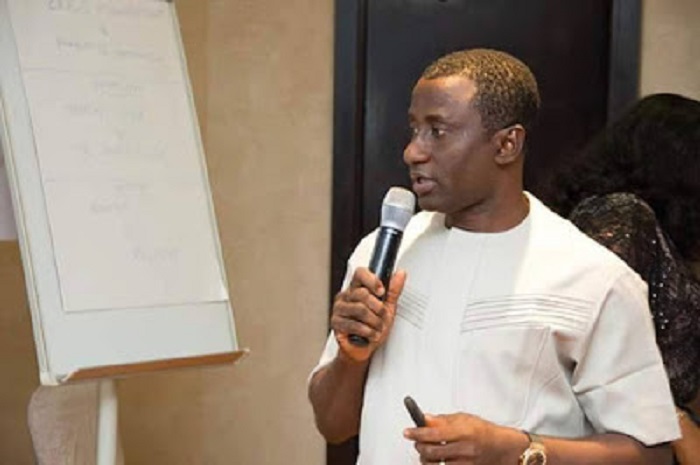 IN few weeks’ time, President Muhammadu Buhari would announce members of his cabinet. The President, who was sworn in for a second term in office, May 29, had given the impression that this time round, he would hit the ground running.

As Nigerians wait for the composition of the Federal Executive Council, the All Progressives Congress, APC, in Abia State seems to have allowed the quest for a ministerial position take over the need to build a very strong and virile opposition against the ruling party in the state, the Peoples Democratic Party, PDP.

It was the expectation of Abians during the last general elections that the APC was going to give the ruling party a run for its money, but as it turned out, the PDP had an easy ride to victory.

While some states are already strategising for the 2023 elections, it is a different story for Abia APC as it is being torn apart by a single federal appointment. Not long ago, there was an online report that there was a rift between the governorship candidate of the APC in Abia State, Dr. Uchechukwu Sampson Ogah, and his running mate, Martins Azubuike, with each camp accusing the other of being responsible for the unimpressive performance of the party during the last elections. While Damian Kamalu had alleged that Dr. Ogah’s quest to become the governor of Abia State was a huge deceit as he refused to do the things that were deemed necessary for him to win the election, ranging from lack of billboards, campaign vehicles to lack vigorous campaigns, an associate of Ogah, Clinton Otoro Nwaubani, claimed that Azubuike, apart from being a political liability for Ogah, connived with his Ngwa brothers in Abia South, who felt the Ngwa people deserved a second term, and sold out to the government of Dr. Okezie Ikpeazu of the PDP.

As the accusations and counter accusations continue, the leadership of the party has maintained a studied silence, pointing to the fact that they may have decided to thread carefully since it is obvious that no one knows the mind of the President as to who will clinch the ministerial position.

However,in Abia State, the challenges of the party seem multifaceted. The Chairman Donatus Nwankpa, was kidnapped, for days, shortly before the visit of Mr. President and the incident almost ruined the rare opportunity of giving the President a befitting welcome. As the party was surviving this trauma, it was faced by another major distraction, which was having to contend with some of the leaders of the party from Ngwa endorsing openly Dr. Ikpeazu for a second time. It must have been a harrowing experience for the APC faithful to hear the voice of one of their chieftains on a syndicated radio programme, urging the electorate to vote for the opposition, the PDP, and that it was an agreement reached by the APC people of Ngwa extraction.

It is not known whether a recent meeting that was reported to have held at Abuja by the APC House of Assembly candidates under the platform of the Conference of 2019 Southeast candidates was referring to Abia State as they did not mention specifics but their allegation that they were betrayed by the Southeast leaders during the last elections spoke volumes. In the communique issued after their meeting, they accused their Southeast leaders of entering into a deal with governors of the zone to give President Muhammadu Buhari 25 per cent votes to sacrifice the political interests of other candidates.

Observers are worried that the APC may have a huge task ahead of itself to rebuild immediately after the announcement of a minister to represent the state in the Federal Executive Council has been made. The obvious implications of this being that such a minister should be a strong, trusted, exposed and committed person with capacity to hold the party together, working with other leaders for future elections.

The Abia South Senatorial zone, particularly the Ukwa bloc that has not had a minister for the past 36 years, has the key for the party to make a very strong impact in 2023, considering the fact that it is the only oil producing area and a major economic contributor to the growth and development of the state.

In line with the broadcast of Mr. President during the celebration of the Democracy Day, the main thrust of his administration was to consolidate on the achievements of the last four years and correct the lapses inevitable in all human endeavours and chart a bold plan for transforming the country, it is likely that the administration would easily embrace the need to redress some obvious and perceived injustices in Abia State as it relates to political appointments. So far, some names in the three regions of the state have flooded the online media as those being considered for ministerial position in the state.

The Abia South APC Youth Leader, Prince Abana Chigozie Abana, appealed to PMB to appoint the APC Abia South Senatorial candidate in the last election, Sir Marc Wabara, as minister, hinging his conviction on the fact that he had all it takes, considering his pedigree and great contributions to the growth of the APC in the state.

Abana also highlighted the obvious fact that Wabara, a former bank chief executive is a renowned philanthropist. The appeal of the Youth leader seems justified when seen also from the fact that the Ngwa people who share Abia South with the Ukwa people presently has a governor and a senator.

Speaking on the criteria that should guide the appointment of a minister, Nwankpa said the party looked up to Buhari for encouragement in building chapter. According to him, the concern of the party was to produce a governor come 2023, adding that if the president appointed someone committed to that effort, it will be in the best interest of the state, otherwise it would be catastrophic. The concern of the state chairman is shared by an APC loyalist from the Ukwa political bloc. He contends that the desire of the party to clinch the governorship seat in 2023 will be hinged more on the part of Abia state where the minister comes from than on the person’s commitment to ensure that the party takes over the government in the state. He said going by the fact the APC at the moment has a Senator, member House of Representatives and two members of the State House of Assembly from Abia North, the best strategy would be for the President to choose his minister from Abia South Senatorial zone, adding that since the zone is the most populated, the Ukwa political bloc that shares Abia South with the Ngwa people would be favourably disposed to working with a minister from Ukwa to strengthen the zone and therefore make victory for the APC in 2023 a less cumbersome task.