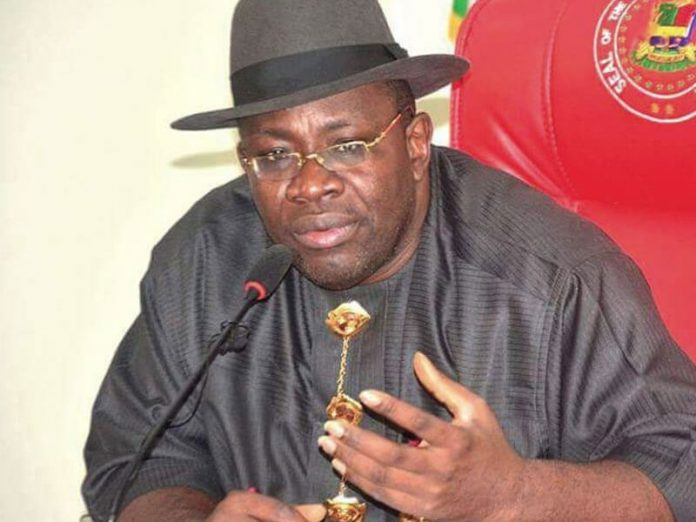 THOSE returning to the ruling People’s Democratic Party (PDP) in Bayelsa State from the All Progressives Congress (APC) should forget about the PDP ticket in the next governorship election billed for November 16.

The door was shut against the defectors by some youths within the Bayelsa chapter of the PDP under the auspices Youth Network. The youths vowed to prevent politicians who once abandoned the party for the rival APC from becoming PDP’s candidates

Their Secretary-General James Oputin said in a statement in Yenagoa that any move by the leadership of the PDP to hand over the party to politicians and aspirants, “who turned their back on the party during critical moments,” would spell doom for it.

Oputin urged the PDP national leadership to thread with caution “on the sensitive issue of electing a candidate for the gubernatorial contest in the state” in order not to endanger its chances of retaining political power.

He claimed that the group’s members “were alarmed by an emergent alliance of those who have been fighting the government since 2012 and APC returnees who they fought hard to defeat during the 2015 elections.”

According to him, it was “repugnant to social justice for some persons to make the sacrifice to nurture the party for the past seven years only to have a group of people to attempt to wrest control of it for electoral contest.”

He warned that the PDPYN would mobilize its members in the state against any such attempt.

“Those peddling the false narrative that the PDP would win the forthcoming gubernatorial election in Bayelsa State without the PDP Restoration Team which has waged all the battles for the party’s victories, nurtured it to a strong, cohesive platform, are not doing the party any good.”

To him, there should be “a difference in reward between those who selfishly see the PDP only as a platform to pursue their gubernatorial ambition and those who have associated with it through thick and thin to build it to an impregnable and cohesive political platform.

“The PDP is an attraction for political contest today because of the sacrifices of those who have remained in it such as the Youth Network, the Women Alliance, and the leadership all under the Restoration Family.”

Furthermore, Oputin warned the party’s National Chairman, Uche Secondus, to be wary of “noxious external influence and APC returnees and their divisive antics as the party moves to pick a gubernatorial candidate for the next election.

He added: “It would be regrettable for the national leadership òf the PDP to think that the party would win the Bayelsa gubernatorial election without the support of Governor Dickson and the Restoration Team.

“Bayelsa State Governor, Hon. Seriake Dickson, must stand up in defence of what is right before it is too late.”