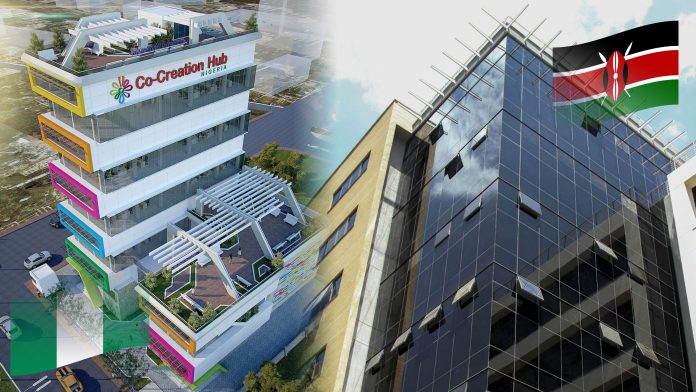 The purchase amount is undisclosed, but Tijani said CcHub will finance the deal out of its real-estate project to build a new 10 story innovation center to replace its Herbert Macaulay Way building in Lagos.

Details are emerging on how the two entities will operate together, but Tijani noted some degree of autonomy.

“The names will stay the same…iHub will remain iHub…it is a strong brand…but iHub will be supported from the central CcHub, which will help them strengthen what they do,” he said.

Per the acquisition, Tijani becomes CEO of both organizations, while Nekesa Were continues as iHub Managing Director. iHub’s existing programs will remain, according to Tijani, but CcHub will extend some of its existing activities in education, healthcare, and governance to Kenya.

CcHub will also use the iHub addition to expand its investment scope. “We’ll now have access to pipeline in Nigeria, Kenya, and Rwanda,” he said.

Tijani views the arrangement as a boost to the continent’s tech ecosystem. “It strengthens our ability to support innovation. iHub and CcHub…coming together makes us stronger; it gives us a chance to attract greater resources and talent,” he said.

The acquisition joins two of the Africa’s most recognized tech hubs. These innovation spaces, accelerators, and incubators—which tally 618 per GSMA stats—have become focal points for startup formation, training, and IT activity

There aren’t official rankings for Africa’s most powerful tech hubs, but if there were, CcHub and iHub would arguably be up top. This would be based on the size of their membership networks, volume of tech related programs, startups incubated, partnerships, and global visibility.

Founded in 2011 in Lagos’ tech-synonymous Yaba suburb, the Co-Creation Hub has grown into a multi-faceted innovation center. The organization manages digital skills programs for entrepreneurs and school kids, startup incubation, and a portfolio of investments through its Growth Capital Fund.

CcHub is considered a go-to spot for any tech related visit to Nigeria. It was Mark Zuckerberg’s first public stop on his 2016 Africa trip. While leaving a CcHub event in 2018, I noticed the Vice President of Nigeria, Yemi Osinbajo, and his entourage packing into the elevator.

CcHub ZuckerbergTijani and team have mastered gaining partnerships with big global tech names. When Facebook launched its tech space in Nigeria—NG_Hub—CcHub was named lead partner. Google for Startups sponsored CcHub’s Pitch Drive, an African startup tour to Europe and Asia. CcHub also collaborated with the Government of Rwanda this year to open its Design Lab in Kigali, focused on innovating impact solutions in health, education, and governance.

The Design Lab launch extended CcHub’s West Africa reach further east and closer to iHub. The innovation center was co-founded by Erik Hersman in 2010 out of what he saw as a need in Africa’s emerging tech scene “for…creating community spaces…in major cities [for] young entrepreneurs. The nexus point for technologists, investors, [and] tech companies.”

iHub became that central spot in East Africa. Along with M-Pesa mobile-money and a vibrant startup scene, it is one of the pillars that inspired Kenya’s Silicon Savannah moniker.

iHub is also widely seen as giving rise to the Africa’s innovation center movement that inspired the upsurge in tech hubs across the continent.

IHub Kenya PeopleSince 2010, 170 companies have formed out of iHub. It has 16,000 members and has played host to most major visitors to Kenya’s tech scene. After seeing CcHub in Nigeria in 2016, Zuck then headed to Kenya and toured iHub.

There’ll be plenty for continuing coverage on how these two prominent African incubators settle into becoming one big Africa mega-hub. That includes the sustainability question and what this all means to the continent’s tech scene.

At a high level, for now, the CcHub-iHub union creates a direct innovation link between two of Africa’s most active markets for VC and startup formation—Nigeria and Kenya.

In the past, both countries’ techies have shared a healthy rivalry. That could now turn to more collaborations, as CcHub’s acquisition connects East and West in African tech.