I will succeed Buhari as next President of Nigeria in 2023, Bakare boasts 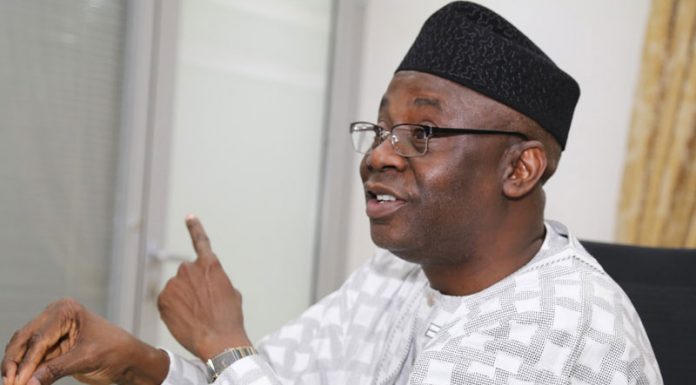 He noted that that was what he saw and said about one year, seven months ago, adding that the situation had not changed.

The cleric faulted social media reports linking his presidential ambition to the alleged humiliation of Vice-President Yemi Osinbajo by “the cabal” in the Presidency.

“I heard all kinds of things on the Internet about joining the cabal. Those who pull down others to get up will never get up,” he said.

He also clarified the misconceptions surrounding a video on his ultimate emergence as the 16th president of Nigeria and successor of President Buhari.

He also said that the trending video was an excerpt from a message titled “Be Grateful for Your Blessings (Part 3),” which he preached on Sunday, February 18, 2018.He wondered why that excerpt should released at this time, “a year and seven months after the statements were made, and erroneously associated with recent developments relating to the Office of the Vice President.”

Bakare noted that the clarification became necessary to ensure that truth soars high above falsehood and ensure that well-meaning Nigerians were not misinformed about his activities.

He regretted that his private comments in response to a message forwarded to him by a pastor in the United Kingdom in which he said that “come rain, come shine, the VP, Prof. Yemi Osinbajo must not be disgraced and humiliated out of office except he has truly and flagrantly violated his oath of office, which I find difficult to believe,” resurfaced in the media as an official statement, adding: “I was surprised to find it circulating and coloured with various interpretations and misinterpretations. Let me state categorically that I never granted an interview on the issues affecting the Office of the Vice President.”