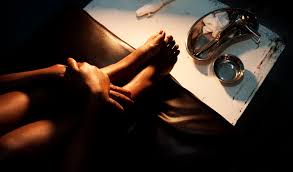 Charles Akpejihttps://naija247news.com
Charles Akpeji has over 20 years experience in journalism and he is Naija247news Taraba Correspondent. He lives and works from Jalingo, the state capital.

By our Taraba correspondent

Had the Nigeria law permits victims of sexual assaults and rape most of whom often results in an unwanted pregnancy to engage in safe abortions , probably the condition of Usena Aliyu, presently found herself would have been averted.

The thirty-two years old woman who claimed to be a victim of gang rape at the age of twenty told our reporter that “all the hospital I visited when I discovered I was pregnant refused to help me to out of my predicament”. ”
The young lady who is now happily married but finding it difficult to conceive confided on our correspondent that ” after going round all the hospitals and was not attended to, I was left with no any alternative than to visit a local chemist “whom according to her “assisted me in terminating the pregnancy ” which she said “was done in a painful way. ”

With tears drooling down her cheeks, the adverse effect of the unsafe abortion as made known by her “I think it is what is now preventing me from getting pregnant because my husband and I have tried all the available and recommended means but no result. ”

Aware that the delay in her getting pregnant was necessitated by the unsafe abortion, she indulged in following the outcome of the gang raped, she said the husband who have being expanding all his earnings in making sure that she took in “is not even aware of my predicament. ”

According to her, ” I am always pain whenever I see my husband going up and down spending his resources to make sure I get pregnant because I have not for once told him that I was raped and engaged the services of quacks to terminate the pregnancy before getting married to him.

“I know that will definitely make him to devoice me if he got to know about this” stating that ” we have both agreed to take our problem to the alter of the Most High and I am hopeful that God will surely intervene because I was not rough when I was single. ”

Citing other nations whom according to her ‘have legalized abortions laws” she pleaded with the members of the National Assembly to do the needful in order to save “our young girls from this type of problem that I am presently going through. ”

Usena who said ” I learnt that abortion is illegal in this our country ” said “a lot of our young women are dying in silence because of unsafe abortions they are engaging in everyday. ”

According to her “hardly a day you will not hear of rape in this state and in the country as s whole and most of these always lead to unwanted pregnancy” adding that “the truths is that no girl that suffered from raped would want to give birth to such child. So kindly help draw the attention of our government at all to what our women especially our young girls are going through. ”

Calling on government to as a matter of time abolish laws that denied women the right to reproductive health care, some Medical practitioners with the Federal Medical Centre, Jalingo, and the state specialist hospital who spoke with our state correspondent , said the inability of the country to legalize abortions “now compel many women to engage in unsafe abortion. methods ”

Observing that the “ill” have led to the rise on “mortality and morbidity rates” they agreed that “a lot of our women would have be saved but since there is no law supporting abortion, we are forced to turn them back each time they coming knocking at the hospital gates. ”

Seeking for anonymous, they said ” seeing their conditions and how they were impregnated by hoodlums, we some times pitied them by directing them to some private individuals who can assist them. But felt if the government can do something positive, the high rate of deaths as a result of unsafe abortions would be minimize in this state and the country at large. ”

Agreeing that Nigeria as a country loses no fewer than 10,000 women annually as a result of unsafe abortions, the country director of ipas, Hauwa Shekarau, want journalists to mount pressures on government on the need to legislate law allowing women the choice of reproductive health.

Shekarau who said she was concerned about access to safe abortion and contraceptives care in Nigeria and across Africa, Asia and Latin America, said ipas would continue to work with partners to train abortion providers and connect women with vital information.