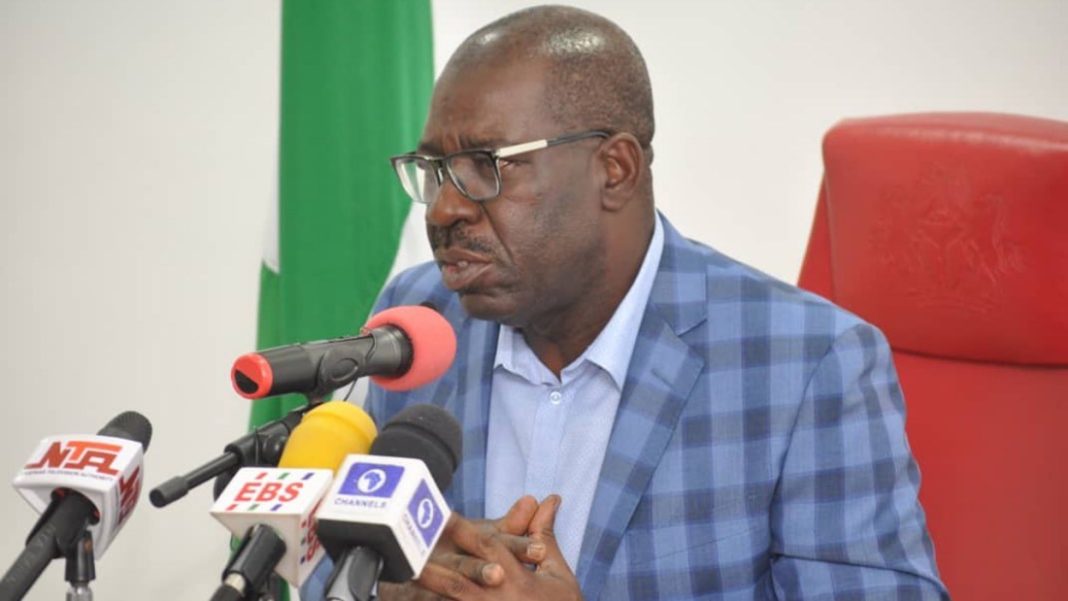 NANhttp://NAN
News Agency of Nigeria (NAN) is a news reporting agency owned and run by the Federal Government of Nigeria just like Nigerian Television Authority.[1] On 10 May 1976 the agency was founded and established by Onitsha noble Onuora Nzekwu who was its first official Managing Director and Chief Editor. On 2 October 1978 its operations began.[2][3] NAN provides General News Service to subscribers in three bulletins published daily. The agency’s website www.nan.ng was launched on 8 August 2016, to offer news to the worldwide audience interested in news primarily about Nigeria, Africa’s most populated country. The current Managing Director of NAN is Bayo Onanuga.

Meanwhile, the Edo Council of Traditional Rulers will on Thursday, January 2, 2020 embark on fasting and prayers to seek God’s intervention in the lingering crisis between Obaseki and National Chairman of the All Progressives Congress (APC), Adams Oshiomhole.

The News Agency of Nigeria (NAN) reports that Obaseki and Adams Oshiomhole, have been embroiled in protracted crisis which has polarised the party in the state.

NAN also reports that the crisis between them and their supporters has continued unabated in spite of intervention from the leadership of the party, governors and other well-meaning individuals in the country.

A statement issued by Usman Abudah, Spokesman to the Otaru of Auchi, Alhaji Aliru Momoh in Benin City yesterday said the royal father enjoined Muslims in his kingdom to continue to pray for peace in the state.

Abudah said the monarch, while briefing members of Otaru-in-Council (OIC) on the recent meeting of the state Traditional Rulers’ Council, presided over by the Oba of Benin, Oba Ewuare II, also urged them to join in the prayers.