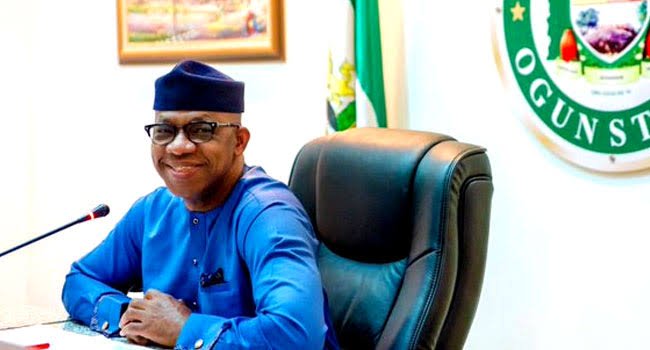 Ogun House of Assembly on Thursday confirmed the appointment of transition committee members for 19 local government areas of the state.

Majority Leader, Yusuf Sheriff (APC-Ado Odo Ota 1), read the report of the committee of the whole House during plenary on the screening of the transition committee members.

Sheriff explained that during the two-day screening of the nominees, members examined the curriculum vitae, credentials and found them to be eligible and suitable to assume the exalted office.

News Agency of Nigeria (NAN) reports that screening of the nominees for chairman and members of Ipokia Local Government Transition Committee, which is the 20th local government was suspended in honour of late chairman nominee, Shuaib Adeosun.

The majority leader, thereafter, moved the motion for the adoption of the report of the committee, which was seconded by Chairman, House Committee on Local Government and Chieftaincy Affairs, Akeem Balogun (APC-Ogun Waterside).

Sheriff also moved the motion for confirmation of the transition committee members for 19 local governments, seconded by Balogun.

In his response, Speaker Olakunle Oluomo (APC-Ifo 1), noted that with the confirmation, the nominees were now eligible to be sworn in by Governor Dapo Abiodun.

NAN reports that the governor had over the weekend forwarded the names of transition committee members for 20 local governments to the House for confirmation.

Meanwhile, Governor Dapo Abiodun on Thursday said the 19 commissioners recently screened and approved by the state House of Assembly will be sworn-in today.

The commissioner-nominees would also be given their respective portfolios, according to the Chief Press Secretary to the Governor, Kunle Somorin.