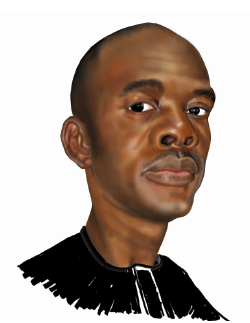 When it has to do with Ndigbo and their inalienable right to seek the highest office in the land, every Nigerian has an opinion.

Ordinarily, there is nothing wrong in that. But when such opinions dwell on whether the Igbo even have the right to aspire or what they must do to be “allowed” to succeed President Muhammadu Buhari in 2023, it becomes problematic.

Such disposition towards an ethnic nationality will not only alienate one of the largest populations in the country but it is also problematic because January 15, 2020 will be exactly 50 years since Major General Philip Effiong, “officer administering the government of the Republic of Biafra,” handed the instrument of Biafra surrender to General Olusegun Obasanjo.

The last sentence of the surrender document, personally signed by Effiong, which read, “That the Republic of Biafra hereby ceases to exist”, marked the end of that 30-month fratricidal war which started on July 6, 1967.

When the war ended on January 15, 1970, General Yakubu Gowon, military head of state, declared that there was “no victor, no vanquished,” and enunciated the reconciliation, reconstruction and rehabilitation (3Rs) policy to mitigate the deleterious consequences of the brutal war.

Yet, 50 years after, there is neither reconciliation, reconstruction nor rehabilitation. Those who think it is a sacrilege for an Igbo to be president of Nigeria believe they were vanquished and, therefore, should have no place on the table where the war booties, which include the Presidency, are shared.

As Dr. Chukwuemeka Ezeife, former governor of Anambra State, noted recently, “Nigerians declared ‘no victor, no vanquished’, yet they gave us 20 pounds for all the money we had in the banks. If you had a million pounds, you got 20 pounds. And since then, we have been suffering in every way.”

Much of this “if the Igbo want to be president” sentiment is couched in arrogant, abrasive and insulting innuendos.

He dismissed the well-established fact of Igbo marginalisation, and rationalised that “[Goodluck] Jonathan is from the South East as his name is also Azikiwe. The fact that he adopted Edwin Clark as his father does not make him a complete Ijaw man.”

But his insistence that it is not yet time for the Igbo to be president until “they put their house in order first and control the excesses of some of their children who go about abusing the sensibilities of Nigerians by threatening the unity of the country,” is, perhaps, the most specious reasoning so far.

Rather than backtracking when prodded by the interviewer, he doubled down. “When that is done, they will be trusted and when there is trust, people will support them. You cannot threaten people over and over and think it can be done by threatening and blackmailing them ….

“You think people will just fold their hands and give you power because you are threatening to break the country up? It is not done anywhere.

“They should control the excesses of the person making the threats or is he above that? They should be bold enough to come out and say, ‘This man does not speak for us.’ They should condemn him.”

Apparently, Shettima is referring to Nnamdi Kanu and the Indigenous Peoples of Biafra (IPOB) who are clamouring for a referendum to determine whether the South East should continue to be part of the Nigerian commonwealth in the face of grave injustice.

Did the more insidious and malevolent activities of Boko Haram and Fulani herdsmen stop Shettima’s North from producing Nigeria’s president in 2015? No! Did any of the Northern leaders, including those in power today, condemn Boko Haram before 2015? No!

So, why must “allowing” the possibility of a Nigerian president of Igbo extraction be predicated on their condemning Kanu and IPOB? It is all part of the burden of losing a war.

But by treading this ultra-conservative path, isn’t Shettima lending credence to and amplifying Kanu’s agitation?

Who did the Arewa Youth leader sit down with to decide that it is not yet time for the Igbo to ascend the presidential ladder?

Shettima and his co-travellers on the boulevard of deceit seem to forget that Kanu was a creation of the resurgent extreme rightwing political ideology in the country, particularly in the North.

Ndigbo are saying that they are not having a fair deal in their own country. They are being treated as second class citizens, a vanquished people. And they are asking for equity, fairness and justice.

Many well-meaning Nigerians acknowledge the Igbo cause, irrespective of tribe. They want a country that works for all.

That brings me to the second interview.

Last week, Ismalia Isa, publisher of the defunct Democrat newspaper, said the hope of a Nigerian president of Igbo extraction in 2023 will remain forlorn because they have refused to play inclusive politics.

He said to be president, Ndigbo must belong, insisting that Alex Ekwueme lost the 1999 Peoples Democratic Party (PDP) primary election to Obasanjo who went ahead to win the presidential election because Ekwueme neither belonged nor played all-inclusive politics.

He argued on Arise TV that “they (Igbo) should belong. They should join the party. They want to do things on their own and because they are Igbo, we should dash them the president?

“To a large extent, the North in terms of religion and culture are closer to the South West than to the South East … If the Igbo want to be president, then they must belong. If you don’t belong, then you can’t be the president.”

Coming from Isa, this assertion is rather regrettable.

How could anyone claim that Ekwueme, leader of the group of 34 eminent Nigerians (G34) that confronted Sani Abacha to stop his self-succession bid, and thus was at the vanguard of the return to democracy, lost the 1999 PDP primaries because he did not play all-inclusive politics?

Ekwueme was the founding chairman of the PDP and later first chairman of its Board of Trustees when the party was formed in August 1998. Obasanjo was in prison then.

Isa knows that Ekwueme was poised to become the PDP presidential candidate until the eleventh hour conspiracy by the military top brass led by Ibrahim Babangida. That had nothing to do with his inability to play inclusive politics.

When he says Ndigbo must belong in order to be president, the question needs to be asked, belong to what?

Ndigbo have a right to aspire to the highest office in the land just like any other group. And they should and will do just that in 2023. Granted, they cannot do that without the support of other ethnic nationalities. And they will reach out to fellow countrymen because the idea behind the quest is the good of the country. But it is discriminatory and arrogant for some people to arrogate to themselves the task of giving them conditions which do not apply to others.

Nigerians have a choice to make. They may decide to have a country run on equity, justice and fairness, where each component unit comes to the table with its comparative advantage, or continue on the path they have trod in the past 50 years with dire consequences.