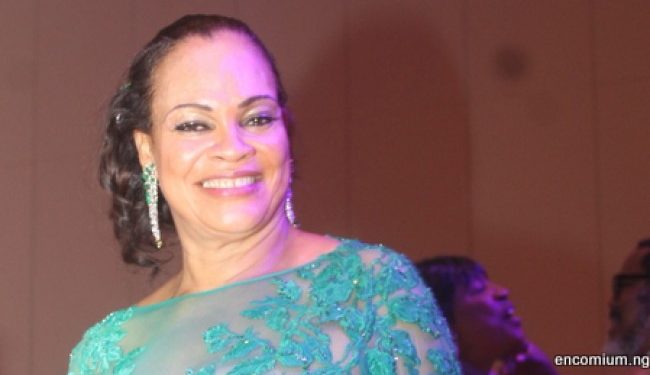 A member of the Peoples Democratic Party (PDP) Board of Trustee, Senator Daisy Danjuma, has reacted to criticisms of her endorsing Edo Governor Godwin Obaseki.

The Edo State PDP, had in a statement disassociated itself from Danjuma’s decision to support Governor Obaseki for second term at a town hall meeting in Lagos State and asked her to resign her position.

lt said the comments, discussions and purported endorsements credited to Senator Danjuma were her private thoughts and do not reflect the thoughts of Edo PDP.

The Edo PDP said it was abnormal and not politically savvy for party leaders to endorse aspirants of another party other than the candidate of their party.

A statement signed by State Publicity Secretary of the PDP, Mr. Chris Nehikhare, stated that being a member of the BOT conferred some rights and privileges.

The statement said was an abuse of such rights and privileges to openly and publicly endorse a candidate of another party.

According to Nehikhare: “The statement of endorsement is a morale-damper to the hard working, committed and loyal men, women and youths of Edo PDP.

“At the appropriate time in accordance with our party’s constitution, a credible PDP candidate will be nominated to contest the Edo State 2020 Governorship election to liberate the state from political arrogance, political rascality, poverty, insecurity, unemployment and unimaginable colossal debts.
READ ALSO: Obaseki: I will win second term

“In the last three and half years, this government has been on a merry-go-round. The “commissioned” 5 star specialist hospital is still home to reptiles, Tayo Akpata University of Education, an unfulfilled political greek gift, College of Agriculture Ogierieki, a victim of policy lip-service, the gele gele sea port project is still a mirage and the industrial park is still at the MOU level. The internal quibbling in APC has traumatized Edo people and the Governor you are endorsing have left 14 constituencies unrepresented in the state House of Assembly.

“To all Edo people, members and supporters of PDP you will have a choice to make between the umbrella of comfort and the broom of hardship.

“A PDP government will liberate our state from the APC government that is insensitive to the plight of our people.”

Senator Danjuma, who spoke to journalists in Benin City, said her comment endorsing Obaseki was personal.

“I have right to support whoever I choose to. I am a member of the PDP. I have never left the PDP or decamp to another party like others.

“It is my right to free comment and I have exercised that.”