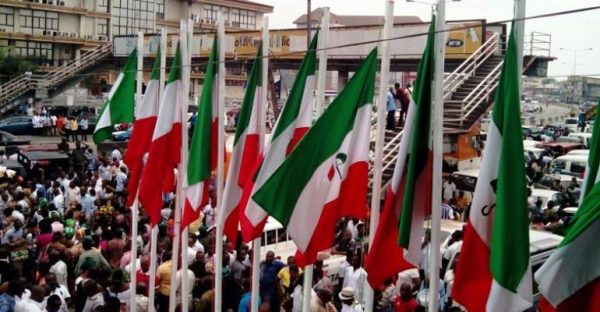 he Peoples Democratic Party (PDP) has advised its supporters in Kano State to remain calm and avoid acts capable of causing trouble in the state.

Alhaji Rabi’u Suleiman-Bichi, the state’s PDP Caretaker Committee Chairman, gave the advice, while speaking with newsmen in Kano on Monday.

Sulaiman-Bichi, who was reacting to the Supreme Court ruling affirming Ganduje as the duly elected governor of the state, stressed the need for party supporters to maintain the peace for the development of the state and country at large.

He also urged them to remain steadfast and not engage in any form of crisis.

“My call to our supporters is for them to remain calm over the recent development.

“Let us put hands together to move our party forward,” he said.

He said that the party had accepted the verdict that affirmed Ganduje as duly elected governor of the state.

“We thank the Almighty Allah for the current situation.

“We have accepted the final judgment in good faith and we will forge ahead to move our party forward,” Sulaiman-Bichi said.

NAN reports that the Supreme Court on Monday affirmed Ganduje as the duly elected Governor of the state.

NAN further reports that security was beefed up in and around Government House and other strategic locations in the state after the judgment to forestall any eventuality.