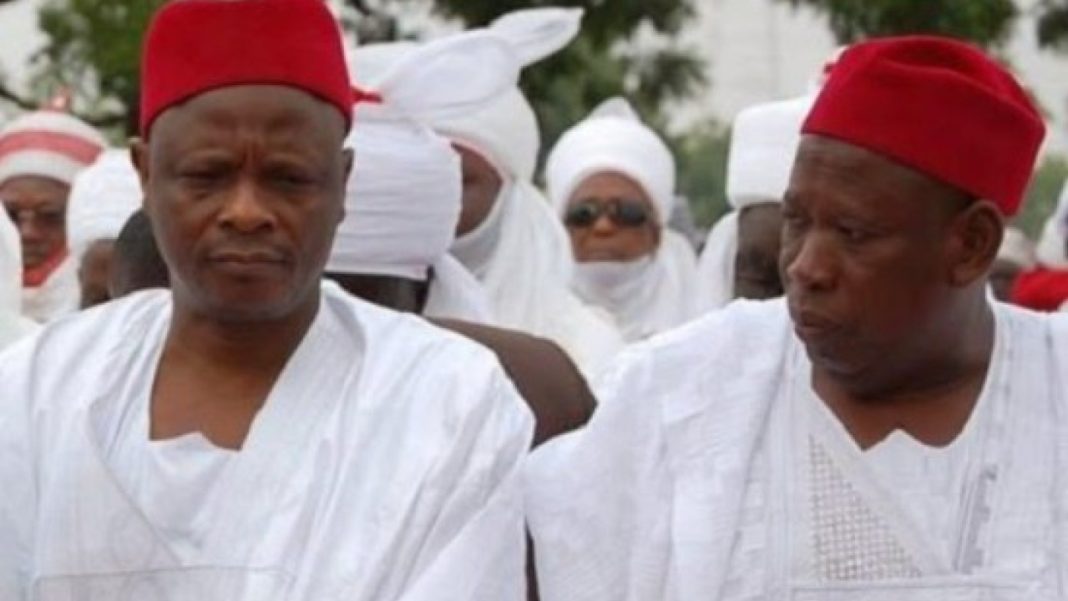 Receiving the state chairman of the Peoples Democratic Party (PDP), Dr Rabi’u Sulaiman Bichi, into the APC, Ganduje said Kwankwaso’s most pressing ambition is to contest for the presidency.

Ganduje, while describing Kwankwaso as a “clueless politician’’, who knew nothing in politics, said his predecessor “does not want any other person to shine”.

“I know all his political tricks, deceptiveness and doggedness but I endured him for all the years we were together. He will never appreciate you for whatever you did to him, be it big or small.

“When we contested election in 1999, ‘Wallahi’, I was his boss because I paid for his political posters and mobilised people for him from all the 44 local governments of Kano State. In fact, Kwankwaso did not win the primary election in 1999, I won the election, but we were reconciled.

“Even the slot of deputy was not given to me by Kwankwaso. I remained loyal to him throughout his first tenure. When he was appointed minister, he invited me to be his special adviser.

Initially, I refused, but when he insisted, I succumbed to his request,” Ganduje said. The governor also recalled that when Kwankwaso returned for his second term in 2011, he invited him to be his deputy.

However, he lamented that although they were in PDP at that time, but Kwankwaso insisted that they should decamp to APC to enable him to actualise his presidential ambition. “After I won election, I begged Kwankwaso to spare me his SSG, AG, press secretary and other officials.

I also asked him to attend my inauguration but he refused. Instead he said he will go to Kaduna. I called this man nine times to find out whether he has arrived Kaduna safely, but he did not pick my calls,” he said.

Why I dumped Kwankwaso – Bichi In his remarks, Bichi said their decision to cross carpet to the ruling party APC was unanimously taken in response to Ganduje’s invitation to the opposition to join hands with government in moving the state forward.

“We believe in Gov. Abdullahi Ganduje’s genuine commitment in developing the state, that is why we resolved to join hands with him to develop our dear state. “So we are today answering the call of President Muhammadu Buhari and Governor Abdullahi Ganduje.

The infrastructural development we are seeing all over the state and other human-centred policies like free and compulsory primary and secondary education are some of the major reasons that informed our decision to honour the invitation,” he added.

Efforts to speak to Kwankwaso yielded no result as his known spokesperson, Binta Spikin was said to have followed Bichi to the APC.