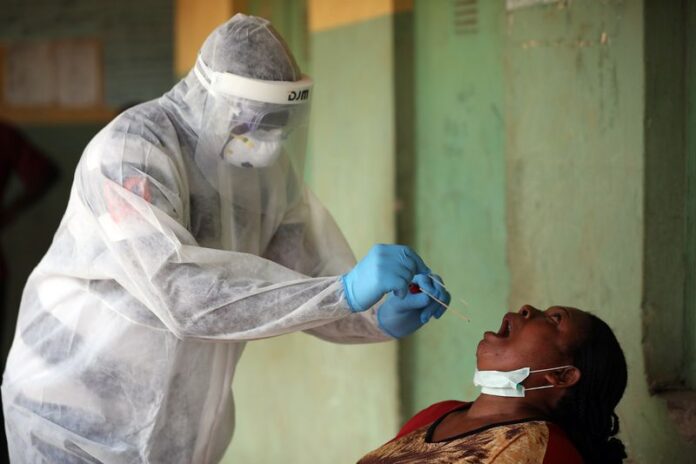 Africa’s most populous nation has tested 10,000 people so far

Nigeria defended the slow pace of testing for the coronavirus amid a lockdown that’s paralyzed economic activity in its two main cities as concern over the government response to the outbreak grows.

The lockdown has kept more than 40 million people at home since March 30 and discontent is mounting in the country, which late February became the first in sub-Saharan Africa to identify a person with the virus.

Health authorities have tested only 10,000 people out of a population of more than 200 million. Almost 900 infections have been reported, including 40 health workers, and 28 deaths.

Authorities have adopted a strategy of “managed acceleration” and won’t pool samples to multiply testing capacity as is currently being done in Ghana, which has rolled out one of the largest testing programs in the region, said Chikwe Ihekweazu, director general for the Nigeria Centre for Disease Control.

“I would rather go a little bit slower and get it right than speed into a situation that we will end up regretting,” he said during a briefing by the World Health Organization on Thursday.

There are signs that Nigeria’s weak health system won’t be able to cope with a larger outbreak. At least four private hospitals in the commercial hub Lagos closed temporarily or ‘until further notice’ because they had to be decontaminated. A laboratory in the northern city of Kano, Nigeria’s third-largest, shut after two workers tested positive. And reports that 150 people died in the state with the same name this week have added to fears that the government response is inadequate.

“Our performance has been a show of shame,” said Cheta Nwanze, lead partner with Lagos-based risk consultancy SBM Intelligence.