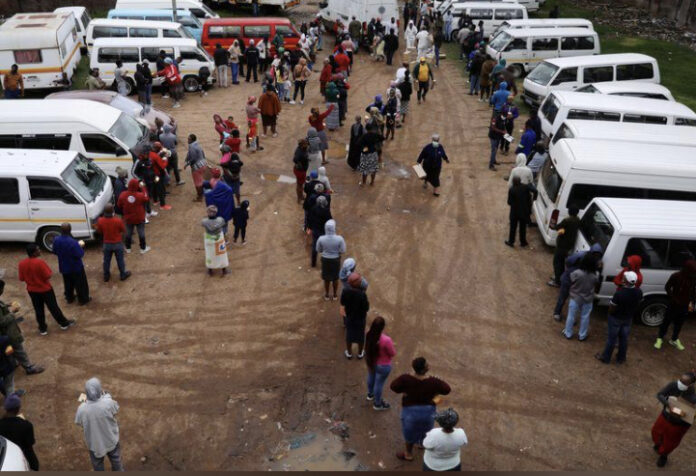 The ratings agency assigned a stable outlook on both the foreign- and local-currency ratings.

S&P said it forecast the South African economy to shrink by 4.5% this year compared with its November 2019 estimate of 1.6% growth.

South Africa has spent five weeks under restrictions requiring most of the population to stay at home apart from essential trips, leaving many businesses and individuals struggling without income in the recession-hit economy.

South Africa plans to reopen its agriculture sector and allow some manufacturing and retail to resume on May 1, as it seeks to balance the need to restart economic output and curb the spread of the new coronavirus.

S&P said South Africa’s decision to go into a strict lockdown relatively early has so far limited the health impact of COVID-19.

“Nevertheless, the broader economic fallout will be very difficult to handle, and South Africa entered the crisis from a weak fiscal and economic position,” S&P said.

The National Treasury said in a statement late on Wednesday that the government was disappointed by S&P’s decision to downgrade South Africa’s sovereign rating at a time when the country was facing one of its most challenging times.

“Now, more than ever, structural reforms need to be urgently implemented in order to get the economy moving in the right direction,” the statement read.

“Tough decisions have to be made.”

South Africa’s local-currency debt was set to be ejected from the benchmark World Government Bond Index on Thursday night, after Moody’s stripped the country of its last investment grade credit rating in March.