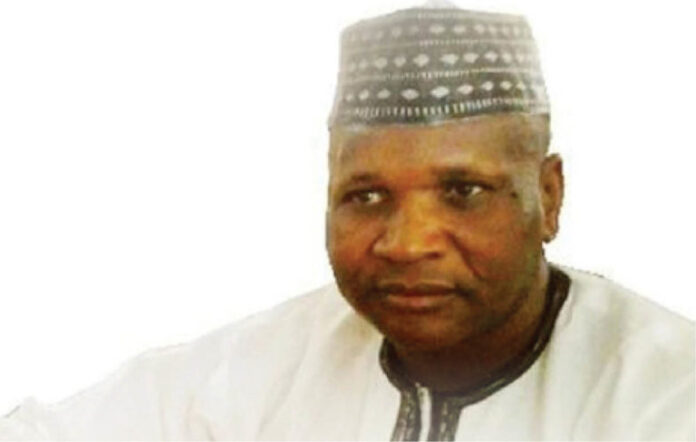 In this exclusive interview, Prof. Sadiq Isah Radda, Executive Secretary of the Presidential Advisory Committee Against Corruption (PACAC) says that President Buhari has demonstrated significant political will to fight corruption. The interview was held with Dr. Suleiman A. Suleiman, Assistant Professor in Politics and researcher in Governance and Public Policy at the American University of Nigeria, Yola.

Excerpts: Has corruption reduced under the Buhari government in the past five years?

Nigerians are justified to expect some reduction in corruption from Buhari’s government, considering the fact that anti-corruption has always been a part of his political identity, and a part of his campaign from 2003 to 2015 and even up to date?

You see, if we remember very well, when the president was campaigning for office to be elected by Nigerians, among the problems that are facing the country, these are the major ones. The first one was the insecurity Nigeria was confronted with.

Second, if you remember, Nigeria was in recession. The economy was doing very badly. Number three, there was the issue of corruption.

He said that if elected, among the many problems he will confront will be these three major problems. Therefore, in assuming office, he made good his promise.

At least he made good his promise and one of the things he did was that in August 2015, he established the Presidential Advisory Committee on Corruption. That is the committee that I was made the executive secretary.

It is a committee of academic professors from various universities in Nigeria and it was headed by Professor Itsey Sagay. The committee was given extensive powers because as a committee, it has the ears of the president.

I want to let you know that in the fight against corruption which I am very familiar with, a lot of efforts have been made.

For example, as committee, when we came on board, we looked at our terms of reference we decided to examine the entire fight against corruption in Nigeria and to find out where the problems lie.

We discovered that out of the problems in the fight against corruption before the coming of this government was that even the anti-corruption agencies were corrupt themselves.

Therefore, you cannot fight corruption when they are corrupt themselves. Then number two, we realised that the personnel that were in the fight against corruption don’t have the capacity building required to fight corruption.

For example, there was poor capacity among investigators and prosecutors. Then we realised that the courts, because of the problems of the anti-corruption agencies, were not forthcoming.

We also realised that there was a lot of mistrust between the international community and the government before the coming of this one.

So there were quite a number of problems in the fight against corruption. Then we began to address them bit by bit in collaboration with the anti-corruption agencies.

How can we quantify this progress?

If you want to gauge and determine the extent of the progress made in the fight against corruption in Nigeria, you have to take some variables into consideration. For example, consider where we were in the past and where we are now.

So they have done their best, the president, the vice president, ministers and some government functionaries that made the fight against corruption an issue. They are discussing it.

In the past, we are not even considering corruption as a problem. It was taken as a business as usual. If you are not corrupt, you are an idiot and unwise. If you don’t steal from the public funds, you are considered an idiot.

Now things have changed. Number two, if you look at our anti-corruption agencies, especially ICPC and Code of Conduct Bureau, the output, the kind of performance they show now, is quite different to what we saw in the past. If we look at the activities of the EFCC, they have been able to arrest many people.

They have been able to convict and prosecute many people and many people are in court because of the efforts of EFCC.

People have to benefit from the constituency projects. Because of that, he created a unit under ICPC and I can tell you that over 250 contractors have gone back to sites.

In the past, the money was simply taken by Senators or members of the House of Reps and is pocketed. Today, you can do things under constituency projects but you must deliver it.

There is a monitoring committee that goes round to ensure that whatever is put under constituency projects is delivered to the people. In the past, that was not the case. Now you can look at the kind of recoveries the ICPC has done.

The recent one was the confiscation properties taken by the former Registrar of JAMB, Dibu Ojerinde. It is in the public circle.

A lot of properties have been confiscated by the ICPC. If you look at what was confiscated within and outside Abuja, Port Harcourt, Kano, Lagos. So, EFCC and ICPC are very active.

Number three, you can see how, because of the confidence other governments do have in Nigeria, they are bringing back our stolen funds. The most recent one is where $350 million was returned to Nigeria. You talked earlier about prosecution of cases that the EFCC has been active, the ICPC has been active.

These may be the case and I agree to some extent about some of the things they are trying to do, for example the constituency projects you mentioned.

A research has shown that over 78% of the EFCC convictions over the period of five, six years or so years indicates that most of these convictions were for low level and midlevel people, mostly ordinary Nigerians who engaged in various forms of financial frauds rather than the people that were in political parties or occupying positions of power like ministers, governors and so forth.

What can you say about this? To a large extent, you can say that the people that are corrupt in Nigeria are very powerful. They have influence.

So, we expect that the fight against corruption in Nigeria is not going to be very easy to prosecute high level cases because these people have a lot of money.

That is why it is not very easy to prosecute the cases in the courts. But you can see that, a lot of efforts have been made to prosecute some people. Even though we are not as accurate but we are making progress.

But some of us who are involved in the fight against corruption we realised that, corrupt individuals will sabotage the process. That is why you see what the EFCC is doing, instead of concluding prosecutions, it tries to get and seal the properties.

So instead of arresting the suspect, taking him to the court, what it is doing now is to find out the properties of the government official then ICPC will arrest the property. Then if you say the property is yours, then come and show evidence that it is yours.

That is what we called “Non Conviction Based Asset Forfeiture”. Anti-corruption agencies are using this. They have realised that prosecuting cases in the courts is always difficult and not yielding much results. It takes a lot of time. It takes a lot of resources.

Finally, on a scale of 100%, how would you rate the anti-corruption agenda of the government in the past five years, and why?

Well, honestly speaking I am not very well qualified to assess a government I am part of. I am part of the process. My committee was the first to be established by the government. So my assessment may not be as neutral as possible.

We have the political determination. The anti-corruption agencies, EFCC, ICPC, Code of Conduct Bureau, NFIU, Ministry of Justice, they are all doing a lot.

Some of our agencies of government like Customs, Immigration, FIRS, JAMB, NECO, Nigeria Ports Authority are back to life and delivering services to the people. Some of infrastructure like roads, railways and airports are back to life.

These are some indications that we are fighting corruption. To me, an average Nigerian is afraid of stealing government money.

Not that it doesn’t happen, it happens; so based on where we came from, I will rate us having scored anything from 65 to 70 per cent, meaning that there is a lot of work to be done.