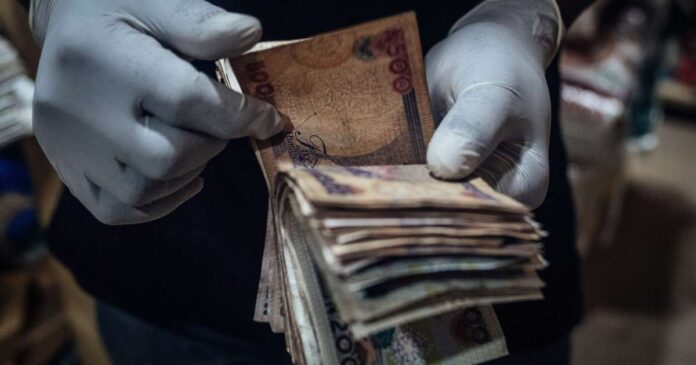 ABUJA, June 24 – The Nigerian central bank will work towards gradual unification of exchange rates across all forex windows, the bank said in a document seen by Reuters on Wednesday.

Nigeria, Africa’s largest economy, operates a multiple exchange rate regime which it has used to manage pressure on the currency and to absorb the impact of an oil price crash.

But dollar shortages have plagued the economy after a coronavirus-induced oil price crash slashed government revenues and weakened its naira currency.

Last week, Finance Minister Zainab Ahmed said the government would seek a unified exchange rate within the next 12 months in order to generate more local currency from its dollar inflows and manage the rate in a sustainable manner.

In the presentation to global investors on Tuesday evening, the central bank, the finance minister and other government officials set out some of the details.

“CBN (central bank of Nigeria) will continue to work towards a gradual unification of rates across all FX windows,” the bank said in the presentation document.

The central bank said the over-the-counter spot rate has stabilised at 388 per dollar, an investor who took part in the presentation said, after it depreciated by around 5% in March to 385 to absorb the impacts of the oil price crash. The official rate depreciated 18% to 360 naira, the document said.

The band between the official rate and the over-the-counter spot rate has been narrowing, the bank said in the document. However, its dollar rationing policy has funnelled demand to the unofficial black market where the naira has hit new lows and created a wider gap.

Central bank officials did not respond to a request for comment about the presentation.

Governor Godwin Emefiele told investors on the call that the bank would not unify rates close to the black market, where the naira has weakened to around 460 on Wednesday because the demand on that market was speculative.

He urged foreign investors waiting for forex to be patient, adding that their demand will be met in an orderly manner.

The document put Nigeria’s balance of payment gap at $14 billion in 2020 and said the wider deficit will be funded through a combination of reserves and financing from multilateral lenders.

The central bank said reserves declined $8.5 billion to around $36 billion in May due to an increase in imports from last year and demand from investors exiting Treasury bills.