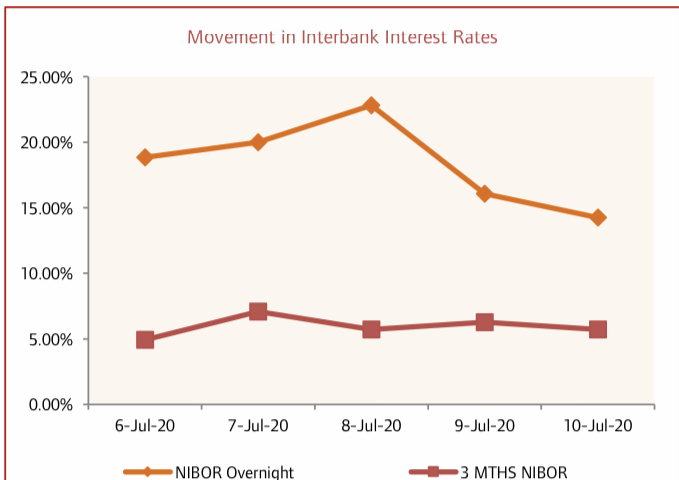 In line with our expectation, there was liquidity strain in the financial system despite the repayment of same amount as the standing lending facilities (SLF) stood at N1.35 trillion, outweighing the standing deposit (SDF) facilities of only N21.15 billion.

Given the heavy borrowing by banks from CBN, as SLF remained relatively high – indicative of liquidity squeeze –, NIBOR rose for most tenor buckets.

Hence, we expect the stop rates of the issuances to decline amid investor’s preference for fixed income security.