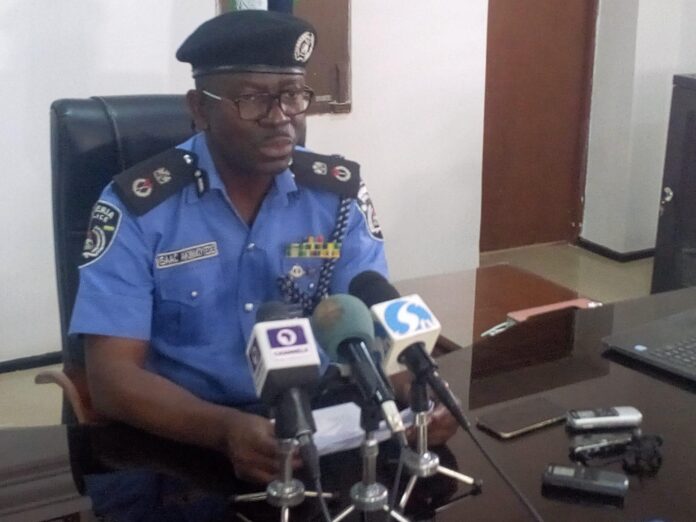 By Thompson Yamput
Jos, July 22, 2020 The Police Command in Plateau has arraigned three suspects before a Federal High Court in Jos for allegedly mounting illegal road blocks as well as harassing and collecting illegal tax from motorists on the highway.

They were alleged to be “extorting motorists under the guise of collecting tax on agricultural produce.”
NAN reports that the trio, who were being tried on a three-count charge, pleaded not guilty.

The Prosecution Counsel, Mr S.K. Tali, told the Presiding Judge, Justice Musa Kurya, that the suspects were arrested following complaints by one Chuma Henry through his lawyer, Mr David Ajile, to the Commissioner of Police and Secretary to the State Government.

Tali told the court that by their illegal activities, the suspects committed offences contrary to and punishable under sections 8(1)(a), 2 and 7(2) 3(1)(2) of the Law of Nigeria 2004.

“My Lord, the suspects were caught while in the act of harassing motorists at a checkpoint on the Maraba Jama’a-Kuru Railway Crossing-Abuja Road in Jos South Local Government Area.

“They were forcing motorists to pay N1,000 as tax on agricultural produce, pretending to be working for the Plateau State Government.

“When they were arrested, the sum of N45,000 and various receipt booklets were found on them,” the prosecution counsel said.

Tali opposed the bail application made by the Defence Counsel, Mr Samson Bukar, on the ground that the suspects may escape trial.

Bukar had applied for the suspects’ bail, arguing that the alleged offences were bailable.

“My Lord, I have a motion filed before you, pleading for bail to be granted to the accused persons,” he said.

In a ruling, the judge granted the suspects bail, pointing out that the alleged offences were bailable.

NAN reports that Ojile had in a petition to the Commissioner of Police in the state, dated Feb. 17 and copied to Inspector-General of Police, called for the arrest and prosecution of the suspects.

“We write to bring this complaint of illegal revenue collection by some hoodlums in Jos under the guise of working under the produce department of Plateau Ministry of Agriculture and State Internal Revenue Service.

“The collection of produce revenue is supposed to be at every loading and off-loading points and not the highways,” the petition read.

The petitioner urged the police commissioner to use his good offices to effectively put an end to the alleged illegal revenue collection on the highways in Jos.