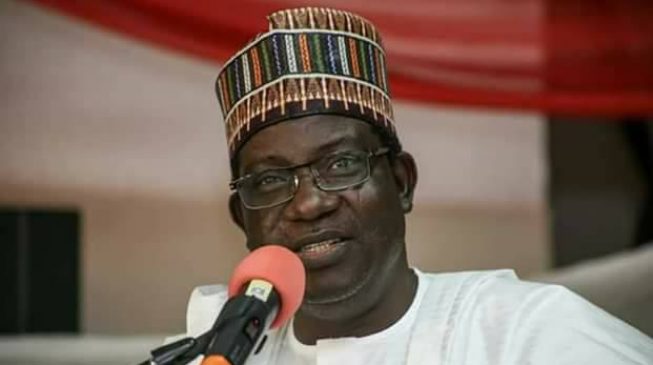 By Martha Agas
Jos, July 23, 2020 Gov. Simon Lalong of Plateau has congratulated the Director-General of the Industrial Training Fund (ITF), Mr Joseph Ari, on his reappointment for another term of four years.

Lalong in a congratulatory message by his Director of Press and Public Affairs, Dr Makut Macham on Thursday in Jos, described the appointment as another good omen for the agency.

He said the appointment was expected as the track record of the achievements of Ari in the last four years was commendable and outstanding.

“I am not surprised by the reappointment of Mr Joseph Ari by Mr President for another term.

“Because in the last four years, he has rebranded and refocused the organisation by making it a frontline skill development and job creation machinery that has empowered millions of Nigerians.

“This has given hope to many youths and reduced the fruitless hunt for non-existing white collar jobs, thereby reducing crime in the society,” he said.

The governor wished the ITF Boss a fruitful tenure, while assuring him that his administration would continue to partner with the organisation in empowering Plateau people through skills and entrepreneurial development.

Lalong also thanked President Muhammadu Buhari for considering more sons and daughters of Plateau for appointment into Federal Government Agencies, assuring him of their optimal performance.