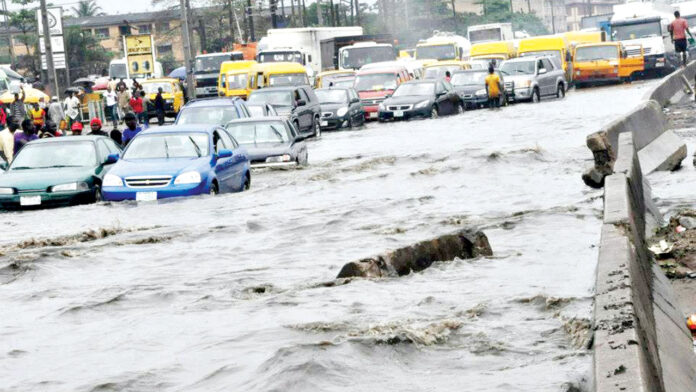 By Oluwafunke Ishola
Lagos, Aug. 3, 2020 An Environmental Expert, Prof. Chukwumerije Okereke, says the revision of the nation’s Nationally Determined Contributions (NDC) has the potential to impact Nigeria and Africa’s climate change policy and economic development.
Okereke, Director, Centre for Climate Change and Development (CCCD) at Alex Ekwueme Federal University, Ebonyi State, made this known in a statement in Lagos on Monday.
Our correspondent reports that NDC are intended reductions in greenhouse gas emissions under the United Nations Framework Convention on Climate Change (UNFCCC).

He stated that the ongoing revision of NDC would produce a robust document that could help to drive sustainable green economic development for the country.
According to him, there are several environmental experts that consider Nigeria’s original NDC quite ambitious.
“There is therefore a need to question, in this revision process, whether Nigeria should increase its NDC ambition or not, more so, given the huge socio-economic impact of COVID-19 pandemic.
“Some might say that Nigeria ought to demonstrate leadership by increasing its ambition.
“Others might say that the priority for the country for now should be on rebooting its economic growth.
“A critical question to ask is to what extent Nigeria has actually implemented the NDC that it pledged in 2015?
“And what are the environmental, social and economic benefits that have accrued to the country as a result.
“It is important to ensure that Nigeria is not simply making commitments it has no intention of achieving simply to please the developed countries that are financially supporting the NDC revision process,” he said.
Okereke stated that some experts asserted that the preparation of the original NDC, which started in late June 2015, was rushed to meet the United Nations Framework Convention on Climate Change (UNFCCC) deadlines.
“One implication was that some of the data and analyses on which the NDC was based relied on grey literature and are judged very suspect.
“For example, in the absence of a national emission registry, the emissions from most of the key sectors (energy, transport and forestry) on which the NDC was based were best guess projections,” he said.
The professor added that the previous NDC preparation process had limited public engagement, thus hindered the country from receiving inputs from critical stakeholders like business moguls, parliamentarians and sub-national actors.
“Till date, many of these stakeholders have remained largely unaware of or had limited involvement in the implementation of the NDC.
“Moreover, with limited public awareness of, and engagement with the development of the original NDC, there was not much from the civil society in the way of monitoring the implementation (or lack) of the NDC following its ratification in 2017,” he said.
Okereke recalled that Nigeria was among the 190 countries that submitted their Intended Nationally Determined Contributions (INDCs) to the UNFCCC in the run up to the COP meeting in Paris in 2015.
According to him, Nigeria’s INDC has since been converted into NDC, following the country’s ratification of the Paris Agreement in May, 2017.
Okereke said that in the original NDC, Nigeria committed itself to make 20 per cent “unconditional emission reduction” of its Greenhouse Gas emission by 2030 compared to the 2010 levels.
Okereke noted that Nigeria further committed that it would increase her emission reduction to 45 per cent by 2030 if help was received from the international development partners.
He stated that Nigeria’s NDC was built on the appealing philosophy of pursuing socioeconomic development while reducing carbon pollution.
Okereke added that NDCs are voluntary documents that governments agreed that parties to the UNFCCC would submit to show what each government had committed to do in order to tackle climate change.
He, however, said that though the submission and commitment are voluntary, once a country submitted their NDC, they were expected to keep the commitment or pledge made.
Okereke noted that Nigeria started the process of revising her NDC in March 2020 and would be due to conclude the exercise in November.
He added that the CCCD is implementing a World Resources Institute-funded project geared towards providing independent critical analysis and input into Nigeria’s NDC revision process.