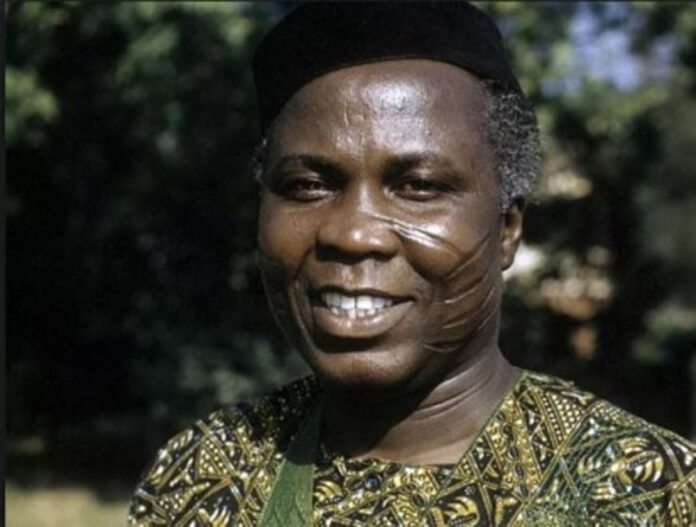 Retired Maj.-Gen. Oladayo Popoola, a leader of the group, gave the commendation on Wednesday in Ibadan.

The News Agency of Nigeria(NAN) reports that Popoola was a former military governor of Old Oyo State.

NAN recalls that the president had recently named the railway stations in the country after some prominent Nigerians who had contributed to the development of the country.

Popoola said that the honour bestowed on Akintola and other eminent Nigerians was in order, adding it was well deserved.

“This is really a deserving honour considering the contributions of late Akintola to the development of the Western Region when he was Premier.

“On behalf of the Ogbomoso community, I thank President Buhari for this honour.

” This has clearly showed that the contribution of people like late Akintola has not been forgotten,” he said.

The former governor commended the president for his commitment to infrastructural rejuvenation.

According to him, government ‘s giant strides reflected in the administration’s commitment to linking all the major towns and cities with modern train services.

Also speaking, Alhaji Kelani Sanni, the OCF Chairman, described the honour done Akintola as a good gesture and a testimonial to the legacy projects of the former premier.

“Naming the Omi Adio railway station is a recognition of the work of dedication to the common good which was the hallmark of the administration of late Akintola as premier.

“History has been unfair to him considering the giant strides made by him at the time. We thank President Buhari for this gesture,” he said.