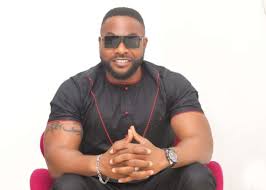 Abuja, Aug. 8, 2020(NAN)Nollywood star actor, Ninawolo Bolanle, says for an individual to actualise any dream in life, the person should be determined to go for what he or she wants, no matter the cost or challenges.

The renowned actor, who took to his Instagram handle @iamnino_b, to make this statement, also encouraged people to always put in more effort by going all the way in getting what they want not minding the cost.

According to him, one can lose stability and comfort in order to achieve his or her aim or desire in life.

“If you want something in life, you have to also want the costs of getting it!

“You have to be willing to put in the effort and go all the way! Otherwise, there’s no point in dreaming.

“This can mean losing stability and comfort for a while, and maybe even your mind on occasion.

“It can mean not eating what you want, or sleeping in, for weeks on end.

“It can mean stretching your comfort zone so thin it gives you a case of the chills.

“It can mean sacrificing certain relationships and daring yourself to make new ones.

“It can also mean accepting ridicule from people, It can mean spending time alone in solitude.

“Solitude, though, is a gift that makes great things possible – it gives you the space you need.

“Everything else is a test of your determination, of how much you want it.

” If you really want it, you’ll do it, despite discomfort and rejection and the odds,” he wrote.

Bolanle is a Nigerian actor, influencer and brand ambassador who became popular after starring in movies like ‘Road to Yesterday’ and ‘What’s Within’.

He is really one of the most talented male Nigerian artistes and has a number of awards to show for it, including the Best Supporting Actor of the Year (English) in the City People Movie Award.

Bolanle, popularly called Nino, is a skillful actor who came back to Nigeria in 2010 to fulfill his life-long dream of becoming an actor.

Bolanle’s first step into the entertainment industry was as a producer.

In 2014, he decided to give it another shot but this time around, with the help of his cousin Rukky Sanda.

She gave him a role in her movie and it helped shoot the actor into limelight, which eventually gave him the opportunity to star in a good number of hit Nollywood movies and series.

Bolanle had starred in a good number of Nollywood movies, which included: What’s Within, Ordinary People, Road to Yesterday, Spotlight, Desperate Baby Mama, Picture Perfect, The Devil and the Red Sea, 30 Years a Virgin, Last Affair, among others.

Bolanle has gotten a number of awards since 2014 when he appeared in his fist movie.

He is one of the richest Nollywood actors and apart from acting he also runs a car dealership company left to him and his siblings by his father.

Bolanle is married to Adufe Makanaki and they have two children.