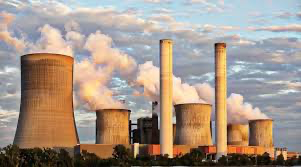 Global coal-fired power capacity edged down for the first time on record in the first half of 2020 as retirements accelerated and the coronavirus saw new projects put on hold.

The closing of plants, especially in Europe and the U.S., outpaced the start of new units, more than 60% of which were in China, according to a report by Global Energy Monitor. The net decline of 2.9 gigawatts may be small, at just over 0.1% of the world’s coal generation capacity, but marks a turning point in the burning of the dirtiest fossil fuel to produce electricity.

“The Covid pandemic has paused coal plant development around the world and offers a unique opportunity for countries to reassess their future energy plans and choose the cost-optimal path, which is to replace coal power with clean energy,” said Christine Shearer, program director for coal at Global Energy Monitor.

The pace of new construction in Asia is slowing, with countries including Bangladesh and Vietnam considering restricting or deferring new coal plants, according to Global Energy Monitor, which gathers information from public sources, such as media articles, and non-government agencies.

China’s coal power expansion would exacerbate overcapacity, according to the report, which cited a study from the University of Maryland that projected the average utilization rate for the country’s coal plants could drop to 45% by 2025.

(Michael Bloomberg, the founder and majority owner of Bloomberg LP, the parent company of Bloomberg News, has committed $500 million to launch Beyond Carbon, a campaign aimed at closing the remaining coal-powered plants in the U.S. by 2030 and slowing the construction of new gas plants.)