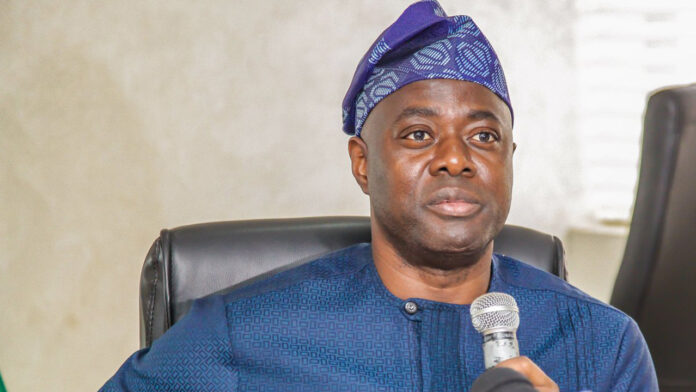 By David Adeoye
Ibadan, Aug. 25, 2020 Dr Wasiu Olatunbosun, the Oyo State Commissioner for Information, Culture and Tourism, says the state government is committed to the development of the tourism sector in the state thorugh partnership with stakeholders.

Olatubosun made this known in Ibadan on Tuesday when the leadership of the Federation of Tourism Association of Nigeria (FTAN) paid him a courtesy visit in his office.

According to the commissioner in a statement made available to newsmen, the state has tourism potentials that could yield enough revenue for the government as well as create jobs.

“Oyo State is blessed with diverse traditional elements and tourist sites which when utilised and harnessed would attract investors, provide employment and increase the IGR(Internally Generated Revenue) of the state.

“It is no news that our state possesses more traditional elements that always attract foreign and local interests as well as tourism sites that, when harnessed, will bring enough funds to the state.

” Countries like Israel, Kenya, Italy and others use tourism to drive revenue, they do not rely on petroleum to survive.

“We are replicating same in Oyo State and it shall be successful with conscious collaboration of corporate interests and organisational support for the government in the areas of revamping, redesigning and face-lifting of our major traditional programmes and tourist-attractive sites.

“Ado-Awaye suspended lake is one site that has no equal in Africa, even United Nations should show interest.

“Gov. Seyi Makinde has shown great interest in building the tourism industry to become a revenue-generating sector in the state,” the commissioner stated.

Olatunbosun expressed the readiness of his ministry to partner with FTAN in the area of culture promotion and harnessing of tourist potentials in the state.

Earlier, the FTAN Vice President in South-West Zone, Chief Ayo Olumoko, said the courtesy visit was aimed at acquainting the state government with the association’s efforts to sanitise the tourism industry in Nigeria.

He also said the association was planning to put in place a structured executive body in each state of the federation to oversee its activities in line with its mandate.

Olumoko, who disclosed that FTAN had been in existence in the last 23 years, promised a robust relationship with the state government through the Ministry of Information, Culture and Tourism. (