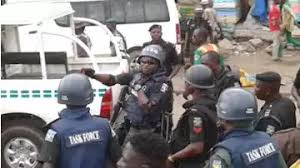 Adeoye, who took over the complex from the state commissioner of Police, Mr Ahmad AbdulRahman, on Friday reiterated Inspector-General of Police Mohammed Adamu gratitude to Gov. Ifeanyi Ugwuanyi for accepting to renovate and equip the complex.

He said that the governor completed renovation and equipping of the complex within record time.

”Ugwuanyi remains a police-friendly and a security-conscious state chief executive,’’ he said.

The AIG, however, assured that the formation under his leadership would do all it could to add value to security and public safety of its area of responsibility.

Earlier, Abdurrahman, while formally handing over the complex to the AIG, prayed that God in his infinite mercy would grant Adeoye the courage, strength, health and wisdom to pilot the affairs of the formation.

“I pray that the Almighty God will grant you the health and wisdom to take the formation to an enviable height,’’ he said.

Naija247news reports that the formation, which has jurisdiction over South-East and South-South geo-political zones, is expected to commence operations soon.