2023: State Of The Igbo Nation – By Ughalaa Collins 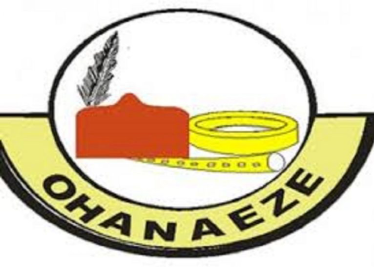 What is good for Babangida, Atiku, Marwa and the two northern governors and their South-South counterpart ought to be good for any Igbo aspirant if we are serious” – Chief Arthur Nzeribe.

On September 26, 2006, the Distinguished Senator Francis Arthur Nzeribe wrote a controversial article he captioned: 2007: STATE OF THE IGBO NATION, a month after the Movement for the Actualization of the Sovereign State of Biafra (MASSOB) carried out their successful stay-at-home order, in the midst of a heated clamour by the Igbo for a Nigerian President of Igbo extraction. Nzeribe, an erudite politician and leader, was in the Senate for a record four terms, representing the people of Imo West, otherwise called Orlu Zone. The article was one of his interventions on the vexed Igbo presidency project and what must be done to get it right. Nzeribe’s intervention at the time generated a lot of outburst from those who thought that he was not supporting the Igbo presidency project. But their outburst did not amount to anything, except that they were venting their emotion on a matter that required intelligence, tact and planning.

The Igbo presidency project has been on the front burner especially since 1999 when Nigeria returned to democratic rule. Like every other election time since 1999, the Igbo presidency project for 2023 is in the news once more, leading to media exchanges between politicians from the Southeast and those from the North. On November 2, 2019, a prominent Igbo leader, Chief Emmanuel Iwuanyanwu, said that the 2023 Igbo presidency was sacrosanct. He made the statement during the 81st birthday celebration of his friend and another prominent, accomplished Igbo leader, Chief Francis Arthur Nzeribe. Iwuanyanwu said: “The northern part of Nigeria has ruled the country more than the South. Presently, power is still in the North. In 2023, being eight straight years of the North holding unto power again, under the administration of President Muhammadu Buhari, it is expected that power will shift to the South. When you come to the South, the South West and South Southern part of the country have both produced Presidents. It is therefore the turn of the South East to produce the President of this country, come 2023 in the interest of equity and fairness”.

Chief Iwuanyanwu noted that the Igbo presidency was “among the things Senator Nzeribe fought for in his active days in the Senate, and the time has come for its realization.” True to Iwuanyanwu’s claim, the Igbo presidency project was one of the things that occupied Nzeribe’s mind and time during his active political days. He wanted the Igbo presidency but disagreed with the strategy with which it was being pursued. For example, while speaking with journalists at his Apo residence in July 2013, Nzeribe said that for the Igbo to get the 2015 presidency they must first put their house in order and speak in unison on the matter. He said that “Until we start speaking with one voice we cannot get the presidency”. Notably, his disagreement on the strategy for getting the Igbo presidency put him in the line for criticism by those who did not appreciate his candor.

In his famous 2006 article, Nzeribe explained what he meant by speaking in unison and putting the house in order. Not a supporter for the agitation for Biafra, Nzeribe noted that “The fact remains that for the Igbo political establishment, it is the type of spirit that the ordinary Igbo fellow has exhibited in his support for MASSOB that is needed in the struggle for an Igbo president in 2007 or at any other date in the future. In other words, it is the MASSOB spirit that will conquer that of Ndi Kwe Ndi Ekweghi that is the bane of the Igbo polity… In my view, all the orthodox Igbo political establishment needs to do is to take advantage of the spirit of nationalism which MASSOB has rekindled in Ndi Igbo in the quest for a president of Igbo extraction. In other words, I believe that it is possible to marry the MASSOB spirit with the conventional approach in the pursuit of power via the political parties provided. Of course, that the political elite in Igbo land is ready to come down from its present high horse”, he advised.

Years after Nzeribe put forward his poser on the Igbo presidency, nobody has taken heed to his recommendations and nothing has changed. By the look of things, it is obvious that the Igbo Nation has lost the presidency project by following the Peoples Democratic Party (PDP) over the years. For some reasons, the PDP which the Igbo people are an integral part of, believes that in order to take power back from the ruling All Progressives Congress (APC), an Igbo man cannot do the job. Their strategy is to retrieve power from the APC and hand it back to the North, while the Igbo continues to wait. In place of that, the Igbo Nation should produce the Vice President. The marginalization of the Igbo people by the PDP is heightened by their belief that their loss of the presidency in 2015 was because they allowed the then incumbent President Goodluck Jonathan to run for second term instead of giving their ticket to the North. Therefore, if the Igbo people want to produce the president of the country on the platform of the PDP, they have to wait another 8 years, from 2023. That would be 2031.

For its part, the APC is yet to issue a word on the party’s prospects for the 2023 presidential election. But the body language of some leaders of the party, especially the governors, indicate two major things: the first is that the President would dictate where the pendulum would swing to, and whatever he says would be adhered to. The Nigerian President is said to wield so much power and influence. He decides almost everything. This is the reason the political party that has the incumbent president watch his body language. Like President Obasanjo before him, President Buhari would play a critical role in who succeeds him. Realizing this truth, efforts wasted in fighting needless battles should rather be channeled into courting very crucial interests. Another message from the body language of the leaders of the APC is that they have accepted the challenge posed by the opposition PDP that power should remain in the North, at least for another eight years. This too is premised on the assumption that if the PDP presents a northern presidential candidate in 2023 and the APC presents a Southeastern presidential candidate, they could lose power to the PDP.

In this seemingly delicate situation, we think that the Igbo elite should think of striking a balance instead of swimming against the tide. The Igbo political gladiators from across the parties should be able to put their political interest below the general interests of the people. Doing this would help in no small measure to strike the needed balance. We say this bearing in mind that since 1999 the Igbo political gladiators have always swum against the political tide. If we do not have the muscle to negotiate the presidential ticket, we should at least be able to negotiate our way to the VP slot. We think this is what the PDP offers. What we need is a corresponding offer from the APC to the Igbo Nation. If the Igbo political players in the APC will not be able to get this corresponding offer, then we should be man enough to accept our fate.

We do not believe that the Igbo people do not have the materials for the position of the President or the Vice President. We do not also believe that the Igbo people do not have the resources to get what they want. What we think is that the Igbo elite should be able to strike some consensus on what needs to be done and how it should be done. We also think that the political elite needs to eschew the politics of pull him down. The idea that if it is not me, it cannot be you must be jettisoned if we must get it right, otherwise we would be groping in the dark. Furthermore, the Igbo elite must be able to isolate political jobbers from the real contenders, because political jobbers have a way of creating powerful distractions and engendering disunity in order to achieve their parochial objectives.