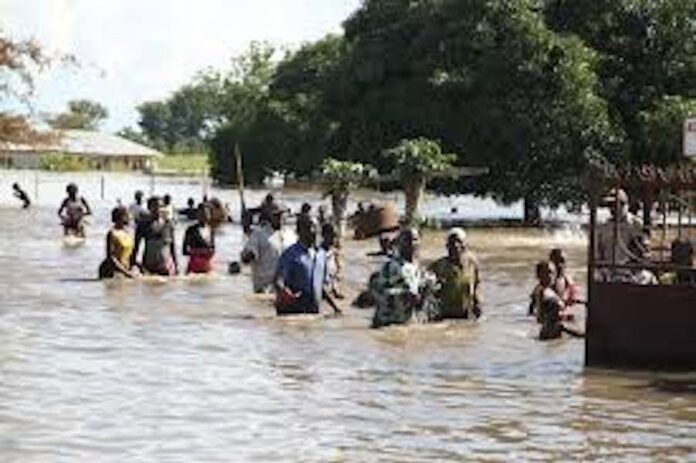 By Imelda Osayande
Benin, Sept. 16, 2020 The National Emergency Management Agency (NEMA) says it is poised to collaborate with the military and Edo Government to tackle the anticipated flooding in the state.
The Deputy Director Planning in the agency, Hajia Fatima Kassim, said this in an interview with journalists on Wednesday in Benin.
Kassim, who said she was on an advocacy visit to Edo, expressed satisfaction with the level of preparedness by the state government and military to arrest this year’s flood.
According to her, my team is on advocacy visit to ensure that Edo government had put proactive measures in place to mitigate the disaster.
“We also met with Military Disaster Response Unit (DRU) in the state to find out how they can come in when the need arises.
“From what we have seen, they have assured us that everything is in order and their challenges were stated.
“We will take the challenges to our Director-General,” Kassim said.
The Assistant Director of Communication of the agency, Maj. Jones Aina, said that the agency was making arrangement to provide communication gadgets to ease communication during operations.
“We want to make sure they carry out their roles without any problems,” Aina said.
He said that NEMA sent out teams to all the states, where the agency had offices, to carryout assessment and ensure the installation of radio communication gadgets.
He said that the gadgets would be programmed for use by critical stakeholders, including the Armed Forces, Police, Nigeria Security and Civil Defence Corps and Edo government.
He said that NEMA had purchased handsets for distribution to stakeholders.
Earlier, Kassim met with Lt.-Col. Olufemi Adebayo of DRU 322 Artillery Brigade, Ekhewan Barracks and his counterpart in the Nigerian Air force DRU 107 Commander, Chris Igho.
Igho listed some of the logistics challenges facing the command to include the lack of operational vehicles, communication gadgets and boots, among others.
Mr Yakubu Gowon, the Specail Adviser on Special Duties to Gov. Godwin Obaseki, said some local government areas in the state were already faced with high risk of flooding.
Gowon listed the areas as Ikpoba-Okha, Esan South-East, Etsako Central and East Local Government Areas.