NUFBTE has no factions, President says 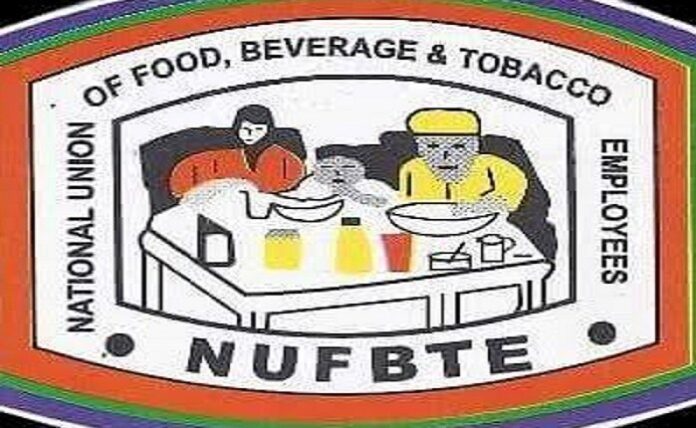 By Esenvosa Izah
Lagos, Sept. 15, 2020 The National Union of Food Beverage and Tobacco Employees (NUFBTE), has denied reports that it had been torn into factions.

“The union is united. It has no factions. We are solidly united,” its National President, Mr Lateef Oyelekan, said at a news conference on Tuesday in Lagos.

Oyelekan said that the General Secretary, Mr Bamidele Busari, and National Signing Trustee, Mr Onoja Peter, had been suspended “due to gross infraction against the union’s constitution and anti-union conducts”.

“Our union is not in any way factionalised; the leadership of our union remains intact without any division.

“The current members of the National Administrative Committee (NAC), elected on Dec. 9, 2016 for a four-year tenure, are still solidly united.

“In summary, 15 members of our NAC are solidly carrying out their mandates constitutionally.” he said.

The president also dismissed claims that the union had disobeyed a court order, saying that it was not served with any court order as at the day the emergency delegates conference was held.

According to him, the union is yet to be served with the said injunctive order from any Court of law.

“Our members across the country and the general public are hereby advised to ignore all speculations and propaganda being peddled by the suspended officers of our union.

“For clarity sake, we will also want you to know that our constitution has been properly reviewed and we have established a two-term leadership tenure of four years each, to facilitate and ensure peaceful transition.

“We have equally enshrined in the constitution, proper administration of our investment, to protect it from mismanagement,” Oyelekan added.