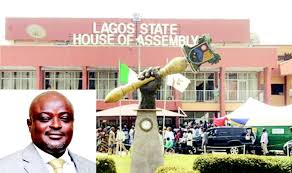 By Adekunle Williams
Ikeja, Sept. 24, 2020 The Lagos State House of Assembly is considering the amendment of the Administration of Criminal Justice bill that will compel a Chief Magistrate to conduct monthly inspection of police stations or other places of detention.

Naija247news reports that the executive bill was to amend the Administration of Criminal Justice Law, Cap A3, Law of Lagos State, 2015.

Akande explained that the new bill stipulated that where bail had been refused, the magistrate could grant bail to any suspect if the offence for which the suspect was held within the jurisdiction of the magistrate.

He said Section nine states that a person who is arrested and in the custody of the police shall be given reasonable facilities for obtaining legal advice, bail or making arrangements for his defence or release.

The lawmaker added that the police shall refrain from parading any suspect before the media.

On the right of suspects, Section seven of the bill says that a suspect should not be arrested merely on a civil wrong or breach of contract.

He said: “Also, Section 76 of the bill states that prosecutor may receive and consider a plea bargain from a defendant charged with an offence either directly or on behalf of the defendant.

” The prosecutor may only enter into an agreement after consultation with the police responsible for the investigation of the case and the victim or his representative.

“This is with due regard to the nature of and circumstances relating to the offence, the defendant and public interest.

“The bill in Section 181(b) reads that a witness who refuses to attend shall be liable on summary conviction to a penalty not exceeding N20,000 or to imprisonment for a term not exceeding two months.”

The House Majority Leader, Mr Sanai Agunbiade, in his overview of the bill, said the amendment was to strengthen the administration of criminal justice law of the state.

The lawmaker added that this would be done after consultation with the commissioner responsible for social development.

“A Community Service Order shall be in the nature of environmental sanitation, assisting in the care of children and elderly in government approved homes or any other type of service.

“This in the opinion of the court will have a beneficial and salutary effect on the character of the offenders,” he said.

Agunbiade said the bill also creates for the establishment of a Crime Data Register which would be a database of suspects and convicts whether minor or major.

He said the bill also provides for the establishment of Criminal Justice Sector Reform Committee with the responsibility of ensuring effective and efficient application of the law by the relevant agencies.

Agunbiade said the committee shall ensure that criminal matters were speedily dealt with, decongestion of criminal cases in court, persons awaiting trial are as far as possible not detained in prison custody unduly.

In her contribution, a Deputy Chief Registrar, Mrs Ariyike Ipaye, commended the House for the new innovations introduced into the bill, saying that it would address the challenges facing administration of criminal justice in the state.

Also, a representative of the Nigerian Bar Association (NBA), Lagos Chapter, Ms Tomilola Opaleye, said the care of children and elderly in government approved homes should not be under a Community Service Order.

Opaleye suggested that the House should come up with better initiatives.

The President, Lagos State University Students Union (LASUSU), Mr Baseet Ashade, suggested that there should be a timeframe for a police officer to make a report to the court.