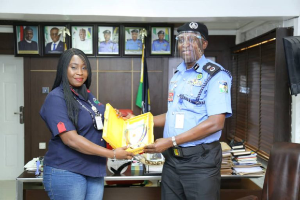 Lagos, Sept. 25,2020 The Commissioner of Police in Lagos State, Mr Hakeem Odumosu, on Friday described biometric and database management as useful tools in forensic investigation for the prevention and detection of crimes.

Odumosu, in a statement signed by the Public Relations Officer of the state police command, SP Olumuyiwa Adejobi, said that the exercise would generate proper identification of residents useful in curbing crime.

“The exercise will give proper identifications of residents in a particular area and also provide an accurate population of Lagos State and Nigeria.

“This can be useful in tracing criminals and bringing criminal activities to a minimum in the society,” the commissioner said.

Odumosu said that the command was ready to work with the National Identity Management Commission (NIMC) in capturing the biometrics of the residents of Lagos State.

He said that the Deputy Commisioner of Police, Department of Finance and Administration, DCP Oqua Etim, should instruct all police personnel within the state; who had not been captured by the commission, to do so immediately.

“An office within the State Headquarters in Ikeja will be set aside for the Commission to commence the exercise as soon as possible,” Odumosi said.

The statement also quoted NIMC’s Regional Coordinator, Mrs Funmi Opesanwo, as saying that biometric capturing was important in the management and security of lives and property of Nigerians.

She added that it would ensure good governance and promote positive international reputation.

Opesanwo charged residents of the state to make themselves available for the capturing which , she said, is absolutely free, across the state.

“This will avail you the grace of having your National Identity Cards and Numbers (NIN),” she said.