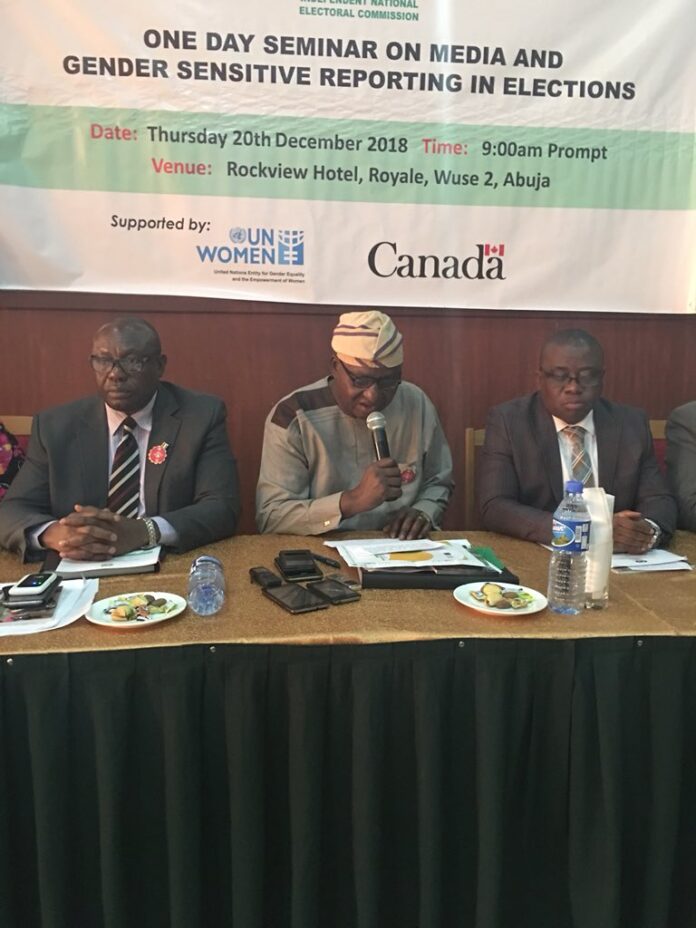 Akure, Sept. 24, 2020 The Independent National Electoral Commission (INEC) on Thursday urged traditional rulers and religious leaders to caution the youth against violence to ensure a peaceful governorship elections on Oct. 10 in Ondo State.

Ogunmola stated that the workshop was organised in collaboration with the European Centre for Electoral Support (ECES).

He noted that the commission was to strengthen the capacity of the traditional rulers to effectively resolve disputes and build public trust.

Ogunmola said that INEC was committed to conducting free and fair elections in Ondo State, hence the need to engage religious and community leaders, including presidents of youth associations from selected local government areas in the state.

According to him, the commission is expecting all the leaders to be peace advocates, preaching messages of peace and harmonious living to the people.

“As religious leaders, you are role models, and your followers look up to you for direction, guidance and mentoring.

“Also, you are custodians of customs and traditions of your subjects, comprising all classes of people, including the youth who are in active politics.

“Your role as royal fathers or community leaders is very important in influencing positive conducts of your subjects, in promoting peaceful elections which we are yearning for.

“The influence you have on your subjects and followers is strategic to the electoral process. We are optimistic that your positive impacts on the elecrorate cannot be overemphasised.

“The commission, therefore, implores you to use your influence in your various communities to ensure a conducive atmosphere for the conduct of free, fair and credible governorship elections come Oct. 10.”

Ogunmola called on all the youth presidents to advocate peace among themselves before, during and after the elections.

“As youth presidents, you have a large followership of able-bodied young men, who may channel their energies in disruptive ventures if not properly directed.

“In view of the above, you are our Peace Ambassadors in whom we are confident, that you will impact positively on your members,” he said.

“Community and religious leaders have the goodwill and credibility to serve as mediators in the ADR process.

“It is our expectations that the experience to be gained at this workshop will improve their competence to play this peacemaking role,” he said.