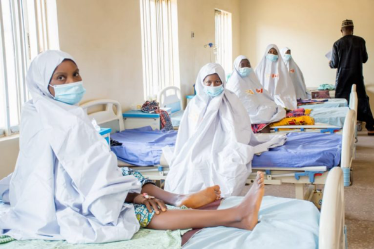 Naija247news reports that the exercise was part of FFN’s free repair surgery at the Fistula Treatment Centre located at the Maryam Abacha Women and Children Hospital in Sokoto State.

Naija247news reports that the campaign was funded by the Canadian Government, under the Global Affairs Canada Gender-Based Violence/Harmful Traditional Practices (GBV/HTP) project.

The exercise was conducted by a team of specialised doctors from Kano and Plateau states.

The free fistula repair was a collaboration by the UN Population Fund (UNFPA) and FFN, conducted at designated centres in the country.

Isa explained that 30 patients out of the 37 were surgically treated, including two who had uretric implantation, while seven had catheter treatment.

He said that FFN had earlier targetted 50 women for the surgery but 80 were mobilised from communities in different states, including the FCT.

He then said that the remaining patients would be considered in the next free VVF treatment scheduled for November this year.

The FFN director said that the exercise took place alongside the training of four doctors and eight nurses on VVF surgery.

He thanked the government and people of Canada for making it possible to have VVF treatment in the country, noting that “the free fistula repair campaign in Sokoto witnessed 30 patients surgically repaired, including two ureteric implantation and seven catheter treatment.

“I want to specially thank our surgeons for the wonderful job done.

He added that the free VVF surgery would also take place in Ningi, Bauchi State from Sept. 28 to Oct. 3.

Isa urged women and girls living with the condition from any part of the country to register at the centre for the surgery to solve the problem.

VVF is an abnormal opening between the bladder and the vagina that results in continuous and unremitting urinary incontinence.

It could be caused by prolonged labour during childbirth, rape or Female Genital Mutilation (FGM), among other causes.

However, the condition could be treated through surgery.