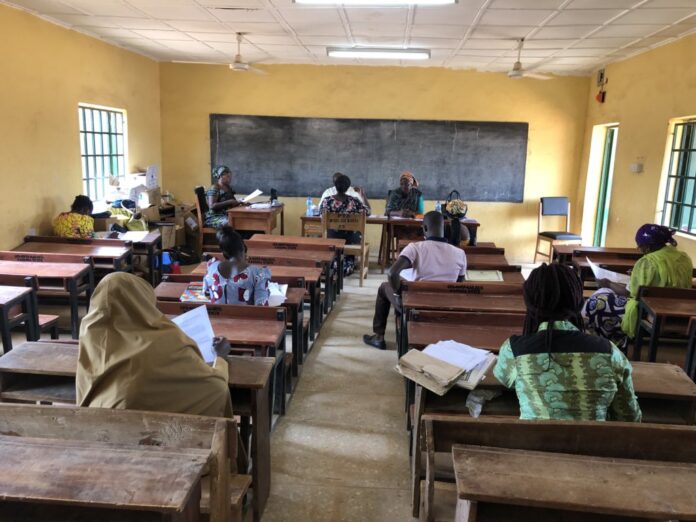 Kaduna, Oct. 3, 2020 The Kaduna State Government says it has allocated 63 per cent of the N237.5 billion 2021 draft budget to education, health and infrastructural development.

Mr Thomad Gyang, the state’s Commissioner for Planning and Budget Commission, made this known on Saturday, at a virtual 2021 Draft Budget Townhall Meeting, with the theme: “Budget of Recovery”.

He added that health sector also got N35.8 billion representing 15 per cent of the total budget.

According to him, allocation to the sectors represent 63 per cent of the N237.5 billion draft budget for the 2021 fiscal year.

“The government allocated about 70 per cent of the total 2021 draft budget, to enable the economy of the state to recover quickly from the present difficulties occasioned by COVID-19,” he said.

Gyang explained that of the N237.5 billion proposed for the year, N157.6 billion was earmarked for capital projects while N79.96 billion for recurrent expenditure.

He noted that the highlight of the draft document showed that the economic sub-sector got N62.1 billion; agriculture N10.4 billion; business, innovation and technology N5.6 billion, housing and urban development N8.7 billion, public works and nfrastructure got N37.4 billion.

“The social sub-sector got a total of N62.2 billion with education allocated the lion share of N38.2 billion, health N22.6 billion and social development N1.4 billion.

“The regional sub-sector was allocated N5.4 billion of which Environment and Natural Resources got N2.8 billion and Water N2.7 billion.

“General administration sub-sector was allocated N27.8 billion, which include the allocation of N19 billion to the executive; governance got N5.5 billion, law and justice N802.96 million as well as legislature N2.5 billion,” he said.

The commissioner said that the government was making efforts to address structural issues that would make the state resilient to shocks.

Gyang added that tough decisions would be made in the long term, including diversifying the states revenue base away from dependence on federal allocations.

“Government earns money from taxes, fees, and fines, interest dividends by public sector enterprises, grants and loans. Therefore, citizens have a role to play in this process.

“This is the sixth budget town hall meeting we are holding and the second since Gov. Nasir El-Rufai’s reelection in 2019.

“As a signatory to Open Government Partnership (OGP), Kaduna State is committed to the OGP principle of transparency, accountability and increased citizens involvement in governance,” Gyang Added.

Also speaking, the Deputy Governor, Dr Hadiza Balarabe, said that the state had institutionalised citizens’ consultations since 2015, as part of commitment to enhance transparency and accountability.

Balarabe noted that comments and suggestions from the citizens would be inputted as appropriate before presentation of the draft budget to the State House of Assembly.

According to her, life must continue despite the negative impacts of COVID-19 on social and economic development.

Balarabe said: “This is why the budget prioritises capital spending and upholds putting people first policy, which supports commitment to education, health, and infrastructure.

“While education and health are the principal component of human capital development, investment in infrastructure is critical to maintaining the state competitiveness, supporting economic dynamism, creating jobs and promoting the wellbeing of people.”

Also speaking, Mr Ben Kure, Special Adviser to the Gov. El-Rufai on Political Matters, said that Kaduna state cares for her citizens and would continue to invest in the lives of the people to uplift their wellbeing