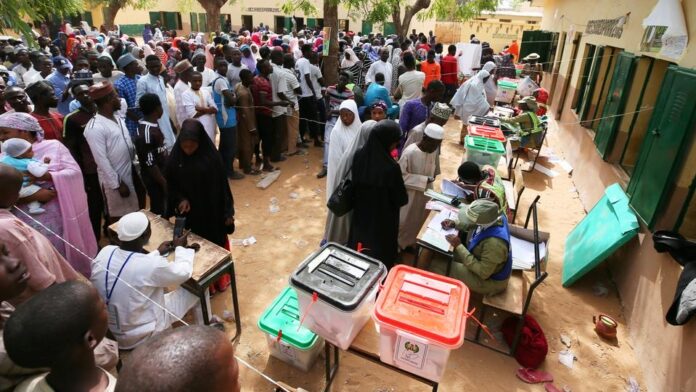 Bauchi, Oct.17,2020 Voter apathy characterise the Council polls taking place in Bauchi state on Saturday, with people going about their normal activities, just as voting commence behind schedule in most polling units.

Correspondents who monitored the exercise in Bauchi metropolis and some Local Government headquarters, report that few voters were spotted in polling units waiting for election officials to arrive.

In Bauchi metropolis, election officials were yet to arrive their places of assignment in most unit as at 9am, one hour behind the time slated for voting to have commenced.

Naija247news reports that in most of the units visited, no voter was seen either queuing or hanging around the vicinity as had always been the case during previous elections.

Most residents interviewed said the tradition in the country had always been that the ruling party carried the day “100 per cent” during Council polls, as such their votes will never count.

“Mr Journalist or whatever you call yourself, tell me why I should waste my precious time when the election might have been concluded several weeks ago?”, queried a resident, Usman Aliyu, when asked why he was not enthusiastic about the exercise.

Another voter, Mamman Inuwa, said he noticed that contestants never engaged in rigorous campaign as had been the case in previous elections.

“This, to me, is an indication that even the politicians themselves knew the exercise will be a mere formality, and so, I decided to stay away”, he said.

A female voter, Veronica Samson, seen selling her wares in a provision shop, told Naija247news that she had adopted a wait-and-see approach.

“I have opened my shop but l am monitoring my polling unit. If voting commences, I will go and vote, but if nothing happens, I will continue with my business”, she explained.

Our Correspondent covering the exercise in Alkaleri town, headquarters of Alkaleri Local Government Area, where the governor hails from, reports that as at 10 am, the exercise was yet to commence.

Contacted for his comments on the development, spokesperson of Bauchi State Independent Electoral Commission (BASIEC), Malam Sami Muazu, said both sensitive and non-sensitive election materials were distributed to all centres on Friday.

He said the delay in commencement of voting might have been as a result of the political parties trying to sort out certain issues.

“The Electoral Officers cannot release voting material unless the atmosphere is convenient. That might be the cause of the delay but things have started taking shape,” he assured.

Naija247news reports the election is taking place in all the 20 Local Government Areas of the state, with 18 political parties participating.