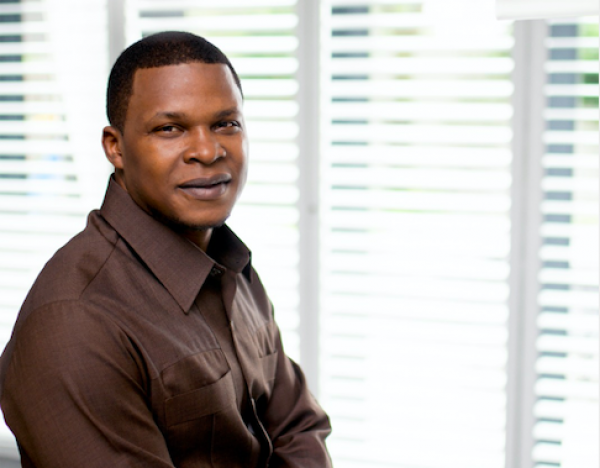 This week, the African Energy Chamber will publish a report outlining its short-term predictions for the continent. That report, Africa Energy Outlook 2021, identifies Nigeria as the country with the most potential for increasing hydrocarbon production. But it also points out that Nigeria faced certain challenges with respect to realizing this potential.

Of course, some of the challenges have their roots in the events of 2020 — the coronavirus (COVID-19) pandemic, the dramatic fall in global energy demand, and the oil price war between Russia and Saudi Arabia that briefly sent crude prices into negative territory. However, the country is also facing a number of ongoing challenges.

One of these is the need for a new oil and gas regulatory regime.

Africa Energy Outlook 2021” notes that Nigeria’s government has been working for years to meet this need. So far, all of its attempts have failed. In 2018, for example, members of the Senate voted to approve legislation known as the Petroleum Industry Governance Bill (PIGB), only to have President Muhammadu Buhari veto its version of the bill and send it back to the floor.

Buhari’s administration has not given up, though. Earlier this year, the president declared that his administration was determined to draft a new version of the oil and gas law and secure its passage through both houses of the National Assembly before the end of 2020.

Signs of Progress … But How Much?

The AEC’s report expresses some doubt about Buhari’s ability to get that far with the new Petroleum Industry Bill (PIB). I see this skepticism as understandable, given that Nigeria has been trying — and failing — for nearly two decades to effect change on this front. But I also want to point out that Abuja has made some genuine progress this year.

First, the government completed the draft version of the PIB and submitted it to the National Assembly in August.

Second, the government secured pledges from both houses of the legislature to expedite discussions on the PIB so that it can be passed before the end of the year.

Third, the bill passed its first reading in the House of Representatives and the Senate on Sept. 30.

Fourth, the bill passed its second reading in the House of Representatives and the Senate on Oct. 20.

Fifth … well, is it reasonable to list a fifth sign of progress? Perhaps not. Almost immediately after the PIB passed its second reading, Nigeria’s Senate suspended plenary sessions until Nov. 24 so that it could focus exclusively on drawing up the federal budget for next year. Additionally, it gave the relevant Senate committees eight weeks to make the required legislative inputs into the bill.

Because of these developments, the timeline for securing passage for the bill has shifted.

As I mentioned previously, President Buhari has said he wants to sign the PIB into law before the end of this year. But if the Senate continues to focus exclusively on the budget until Nov. 24, it will have just over a month to meet that deadline — or even less, if the committees take the full eight weeks allotted to them for making legislative inputs. Either way, it will have a great deal to do in a short time. It will have to wrap up committee discussions, pass the new oil and gas law in its third reading, secure the assent of both the House of Representatives and the Senate to the final version of the legislation, and then send it to the president for signature within just a few weeks.

In theory, the PIB could lose momentum during any of these stages. If the committee discussions run for the full eight weeks, they will end on Dec. 15, leaving very little time before the end of the year. If legislators propose amendments during the third reading, they may need extra time to debate and vote on their proposals. If the House of Representatives and the Senate turn out different versions of the PIB and are unable to come to terms quickly, the initiative could stall. If President Buhari takes exception to any changes made during earlier steps in the legislative process, he could veto the bill.

If any of these things happen, the government may find itself ending 2020 without a new oil and gas law in place.

But would that really be such a bad thing?

Yes, I think it would.

For years now, uncertainty about the legal regime has been discouraging companies from making commitments to the West African state’s oil and gas industry. According to Nigeria’s Department of Petroleum Resources (DPR), the repeated failure of attempts to adopt a new oil and gas law costs the country about US$15 billion each year in lost investments. It’s therefore reasonable for Buhari and his government to seek passage for the PIB as soon as possible. After all, Nigeria can ill afford to keep losing so much money — especially at a time when its oil and gas industry is under extra strain because of the extraordinary events of 2020.

But it’s not just about the money. I believe there is an objective need for reform — and that the PIB can meet that need.

Nigeria’s oil and gas sector has earned the reputation of being corrupt, non-transparent, and inefficient. This reputation drives potential investors away, thereby depriving the country of money — and, what’s more, depriving it of jobs (in both the industry itself and in related sectors such as construction and transportation) and also of opportunities for partnerships, training, technology transfer, and other things that help support and amplify economic growth.

In other words, without the PIB, Nigeria can’t use its vast oil and gas reserves to optimal effect!

The PIB does try to address the deficiencies of the current system.

For example, it calls for dismantling state-run Nigerian National Petroleum Corp. (NNPC) and dividing its functions up among three separate entities. It provides for NNPC’s regulatory and administrative functions to be transferred to two new government agencies: one to supervise upstream operations and another to supervise midstream and downstream operations, including domestic gasification programs. At the same time, it assigns the company’s commercial functions to a new entity that will be known as NNPC Corp.

This one change has the potential to make a big difference. With respect to transparency and efficiency, the bill draws a clear line between Nigeria’s need to monitor and regulate the companies that work in the oil and gas sector and its need to have the capacity to develop its own resources. It also calls for NNPC Corp. to be audited annually by an independent company — rather unlike the current version of NNPC, which has come under fire in the past for its less-than-transparent accounting practices. And with respect to corruption, it establishes NNPC Corp. as a purely commercial entity with no access to the federal budget — and, therefore, fewer opportunities to function either as an instrument of state policy or as a shady space in which government officials can move money around for their own purposes.

Of course, these aren’t the only good things the PIB could do. For example, the bill also contains provisions that might settle investors’ questions about the Deep Offshore and Inland Basin Production Sharing Contract Act, a controversial piece of legislation that some energy companies have described as little more than a revenue grab. Additionally, it eliminates two state bodies that haven’t been doing the best job at monitoring the downstream fuel sector: the Petroleum Products Pricing Regulatory Agency (PPPRA), which oversees fuel pricing, supplies, and distribution, and the Petroleum Equalisation Fund (PEF), which distributes cash with the aim of making motor fuel prices uniform throughout the country. Moreover, it puts a single agency — the new midstream and downstream agency mentioned above — in charge of domestic gasification initiatives. This makes sense, given that gasification depends on the construction and expansion of transportation and distribution networks. It could also help coordinate the process by putting all activities under a single umbrella.

There are other attractive features to the PIB, but I don’t have the time or space to list them all here.

I do want to emphasize, though, that I think Nigeria needs this new law, both in general and with the particular details included in the government’s draft version. Buhari is therefore right to push the National Assembly to pass it as quickly as possible — and he should keep pushing, even if legislators miss his Dec. 31 deadline.

In other words, the president should hold members of the National Assembly to the commitment they made earlier this year to accelerate this process! If he does, he should see the PIB pass soon — and once it takes effect, it can lay the foundation for a more efficient, less corrupt, and more transparent oil and gas sector in Nigeria. And, equally important, Nigeria can start capitalizing fully on its oil and gas resources.