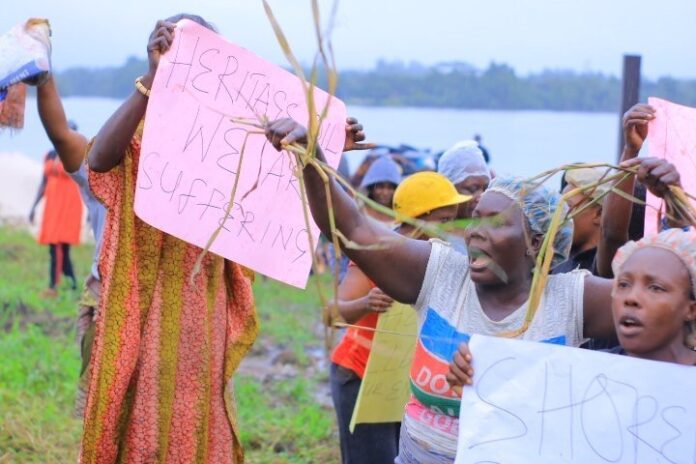 The committee made this known in a communiqué signed by its Chairman and Secretary, Dr Harrison Obogor and Mr Ibuje Joseph respectively on Monday, after its meeting in Warri.

The committee which represents the 112 host communities to OML 30 in Ughelli North Local Government Area of the state said the shutdown on Friday followed various offences.

It called for the revocation of the licence over alleged “penchant and recalcitrant attitude” to all agreed obligations in line with the existing General Memorandum of Understanding (GMoU).

It said the oil company had failed to pay their host communities 2019 and 2020 GMoU funds despite the conducive and peaceful environment it operates.

It also accused the firm of stopping the payment of scholarships to students from the host communities since 2016.

The committee said that the company had refused to carry out the agreed staff audit of its Edjeba and Lagos offices.

“Other areas of defaults by the company included: Non- inclusion of indigenous personnel into management position reflecting seventy/thirty (70/30) as enshrined in the GMOU.

“Inability of HEOSL to pay vendors despite the hitch-free operation, non-payment of salaries accrued to access control workers spanning into months.

“Making it absolutely impossible for communities to access the deducted 5 per cent investible funds from the GMOU funds as enshrined in the GMOU since inception of OML 30 till date.

“Delay in carrying out GMOU projects among others,” the committee said.

When contacted, the General Manager, Community Relations, HEOSL, Mr Sylvester Okoh said through his cell phone that he was not authorised to comment on the development.

“I don’t have the authority to speak on this matter,” he said.