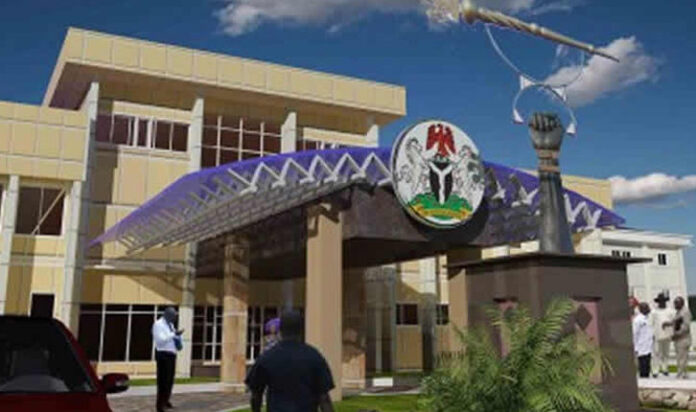 Abakaliki, Nov. 17, 2020 A bill to amend the Ebonyi Rural Water and Sanitation Agency Establishment Edict, 1998 has passed public hearing in the Ebonyi House of Assembly.

The bill is entitled: ‘A bill for a law to amend Ebonyi Rural Water Supply and Sanitation Agency (Establishment) Edict, 1998, to incorporate the Ebonyi Water Supply, Sanitation and Hygiene Policy and for other Related Matters 2020’.

Mr Friday Nwuhuo, representing Ezza North East constituency disclosed this to newsmen on Tuesday in Abakaliki after a public hearing on the bill.

Nwuhuo, who is the chairman House Committee on Public Petition, Security, Justice and Judiciary presided over the public hearing.

He said that the current Ebonyi water law was a creation of the military which contained inherent lapses affecting proper policy formulation and implementation in the sector.

He added that the new bill when passed into law would enhance more access and provision of potable water to the citizenry.

The lawmaker further explained that the existing law promulgated in 1998 when amended, would remove unnecessary bottlenecks militating effective water management and administration.

He said that the hearing had provided opportunity to water experts, including staff of the Ministry of Water Resources, critical stakeholders and the general public to contribute in the law making process.

“Public hearing gives opportunity to people that will be affected by whatever legislation that is being made by state assembly or even the National Assembly to come and contribute their quota in the process of lawmaking.

“This public hearing will make the new law to have more acceptability because the outcome of the hearing will enrich the content of the document.

“The whole stakeholders in the water sector were all gathered at this public hearing section including the Civil Society Organizations and Non-Governmental Organisations and they have contributed to the discussion.

“This proposed law will enable the people to begin to enjoy more access and qualitative water supply without hinderance,” Nwuhuo said.

He said that the extant law was a military creation; defective and had failed to meet present realities in water supply and management.

“This bill is long over due and I commend the house for embarking on action to give the state an amended water law that will improve water supply and sanitation in the state.

“The bill when passed will make the water sector to work with the right document and policy because before now, we have relied on the military edict with all its flaws,” he said.
Naija247news reports that the stakeholders reviewed the 13-section six-page document paragraph by paragraph with the lawmakers and made inputs and corrections in the bill.

Stakeholders were further urged to bring memos that would enhance and strenghten the proposed new law within one week.

Naija247news also reports that the public hearing was supported by the International Republican Institute (IRI) with sponsorship from the United States Agency for International Development (USAID).