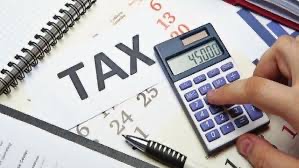 Abuja, Nov 18, 2020 The Federal Capital Territory Internal Revenue Service (FCT-IRS) says it has concluded plans to carry out tax audit of taxpayers in Ministries, Departments and Agencies (MDAs), to address concern on deduction without remittance.

The Executive Chairman of the service, Mr Abdullahi Attah, made this known while speaking with journalists in an interview in Abuja on Wednesday.

Attah said that the tax audit, which would be inaugurated in January 2021, would be carried out on individual taxpayers as well as agents.

He disclosed that FCT-IRS had gotten approval to carry out the audit in all the MDAs and companies in Abuja, to ascertain whether what they deducted from their employees as taxes were being remitted accordingly.

“Sometimes, people complain to us that they deducted tax from them and they have not remitted them, and such persons often come here for tax clearance.

“We said no, we have not received anything from their employees so we will not give a tax clearance.

“As a young organisation, we don’t have enough employees to do all of this work ourselves. There are over 900 MDAs that their employees’ taxes are being deducted.

“We don’t have all the manpower to do all of this and that is why we went through the process hiring some tax experts to do so,” he explained.

The chairman said that the service had plans, from 2021, to be sending Short Message Service (SMS) to taxpayers whose taxes were paid by their employers.

“As from next year, we will be sending SMS to our taxpayers that we receive payment of tax on their behalf from their organisations”.

According to him, this will also address complain from taxpayers who have their money deducted as tax but not remitted.

He said that an account would be opened for every taxpayer, and as money was coming in on behalf of the person, such would be alerted.

Attah said that this would give opportunity to those who did not receive to complain immediately.

He emphasised his commitment to transparency and accountability in the FCT-IRS under his watch.