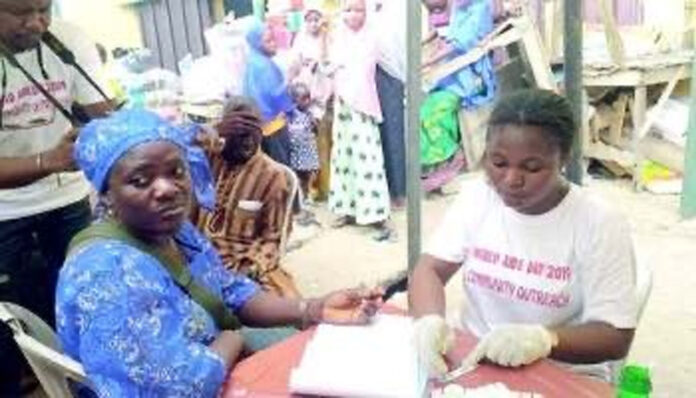 Sokoto, Dec. 8, 2020 The Network of People Living with HIV and AIDS in Nigeria (NEPWHAN), Sokoto State Chapter, said on Sunday that stigmatisation was their greatest challenge in the northwestern state.

The Coordinator, Malam Hussaini Mohammed, made this known in an interview with newsmen in Sokoto.

Mohammed said that the development had forced many people living with the virus to hide their identity to avoid being rejected by people in their communities.

He recalled that Gov. Aminu Tambuwal promised automatic employment for all people living with HIV with an employable certificate.

He, however, noted that after the announcement, less than 10 persons came forward, stressing that those with certificates refused to come forward out of fear of being stigmatised.

“I have been living with the virus since 2007, and I want to tell you that our major challenge in Sokoto is stigma, despite the domestication of the Anti-stigma Law by the state government.

“We are still being stigmatised by community members, including some government officials. People find it difficult to identify with us or help us, out of fear that they may be seen as carriers of HIV.

“Others do not want to even associate with us on the grounds that we will infect them with the virus. I tell you, Sokoto is a difficult place to live for people living with HIV.

“But this is our home. We have no were else to go. We will have to deal with it and move on,” he said.

The coordinator advised community members and government officials against stigmatising people living with the virus, and described that trend as “unfortunate and dangerous”.

According to him, the problem, if not addressed, will consume the entire state someday, warning that infected people will be forced to continue hiding their identity and embark on spreading the virus.

“If you keep stigmatising us, we will hide our status and marry your sisters. And what do you expect when an infected widow with children is hungry and suffering with no support?

“Of course, in the struggle for survival, she will go into prostitution and in the process spread the virus to others until it eventually gets to those who treat us with hate.”

Mohammed said that NEPWHAN had 15 support groups to share experience, increase patients’ knowledge and literacy, and serve as an intervention to address the psycho-social needs of people living with the virus.

He added that there were also three community support groups implementing stigma reduction programmes in communities and helping to track and counsel members that were defaulting on treatment.

He, however, said that due to lack of support, the groups had not been holding meetings for a very long time, a development he said was counterproductive to ensuring infected people remained in treatment.

He called on the state government to increase funding to the state agency for the control of AIDS and ensure timely release of the funds.

This, according to him, will enable the agency to help NEPWHAN to conduct support group meetings and provide home-based care services to members voluntarily.

The coordinator urged people living with the virus to fight self-stigmatisation and find ways to come to terms with their situation and continue treatment so as to live long and healthy lives.

He also advised people to know their status so that they could begin treatment if positive, while urging those who tested negative to stay clear of the virus.

“Please, we do not want more people to join us because support from international donors are dwindling and there is growing concern that this development will affect the supply of drugs, our lifeline,” he said.