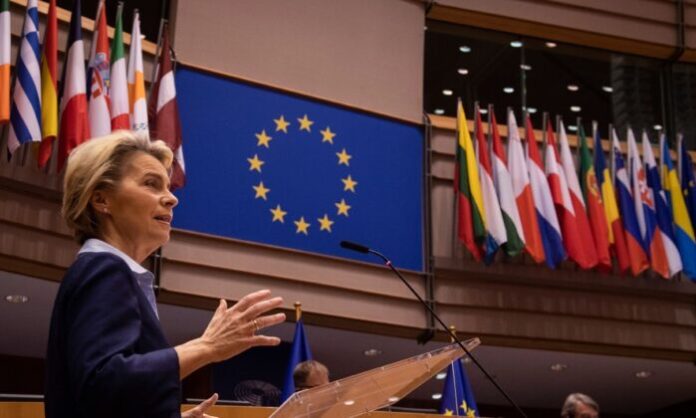 Brussels, Dec. 16, 2020 European Commission President Ursula von der Leyen says there is the possibility of striking a post-Brexit trade deal with Britain before the end of the year.

“I cannot tell you whether there will be a deal or not,’’ the leader of the EU executive told the European Parliament on Wednesday.

“But I can tell you there is a path to an agreement now. The path may be narrow but it is there,’’ von der Leyen added.

There had been progress on guaranteeing standards for fair competition, such as rules on state aid or regarding minimum labour and environmental standards.

Challenges remained on how to ensure fair competition in the future.

However, fisheries remained a bone of contention. “In all honesty: It sometimes feels like we will not be able to resolve this question,’’ von der Leyen said, adding that the next days would be decisive.

There are just two weeks until Britain leaves a post-Brexit transition period that keeps the country in the EU single market after formally leaving the bloc at the end of January.

If no trade agreement is clinched by the end of the year, tariffs and customs checks would be introduced, wreaking potential economic havoc, and EU fleets would lose the right to fish in British waters, and vice versa.

On the topic of state aid and guaranteeing a level playing field for firms, von der Leyen said negotiations made progress on “common principles guarantees of domestic enforcement and the possibility to autonomously remedy the situation where needed.’’

“We have agreed to a strong mechanism of non-regression (on standards),’’ von der Leyen said.

“This is to ensure that our common high labour, social and environmental standards will not be undercut.’’

A possible trade deal would still have to be ratified by the European Parliament, member states, and Britain. Von der Leyen did not say how this would be possible before the end of the year.