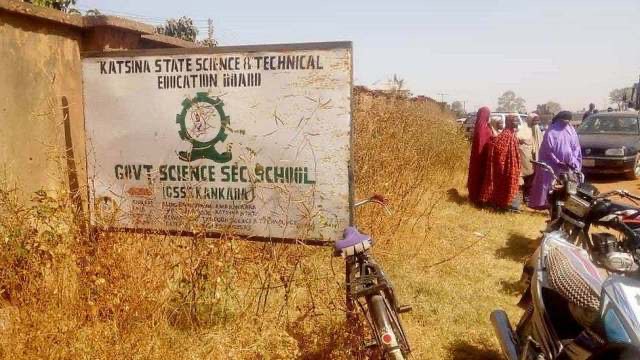 Jos, Dec. 19, 2020 Some Christian women in Plateau have commended the Federal Government for the timely release of the abducted students of Government Secondary School Kankara in Katsina State.

The women, who made the commendation while speaking to journalists on Saturday in Jos, thanked President Muhammadu Buhari for his timely intervention.

Dr Gloria Puldu, the President of LEAH Foundation, said the efforts put in by the Federal Government to rescue the abducted students within six days goes a long way to show its readiness to tackle insecurity in the country.

Puldu, however, called on the government to intensify efforts to rescue the remaining 112 Chibok school girls who had been in captivity for the past six years.

She also called for the release of Leah Sharibu, who had been in captivity for close to three years, and other women also in captivity.

“We gather as women from northern Nigeria to commend and appreciate the President and the security agencies for rescuing these boys within the shortest possible time.

“As mothers, we are indeed happy that the boys are back, but we are pained because we still have a lot of our girls and women in captivity.

“We call on the president, with a loud voice to rescue Leah Sharibu and the remaining 112 chibok girls who have been in captivity in the last three and six years, respectively.

“We stand on behalf of every girl and woman in Nigeria to demand that government and security agencies should use the same tactics used to rescue the boys to bring back all the girls and women who are still in the hands of their abductors,’’ Puldu said.

Also speaking, Mrs Rhoda Jehota, the Chairperson of Women Wing of the Christian Association of Nigeria (CAN), Plateau chapter, urged the Federal Government to intensify its fight against all forms of insecurity in the country.

Jehota called on the security agencies to adopt new and modern strategies to curb kidnapping, banditry, armed robbery and other forms of insecurity in the nation.

“As we approach Christmas, I want to urge the government and security agencies to ensure the safety of lives and property of Nigerians, particularly women and the girl-child.

“Our security agencies must adopt new strategies toward ending insecurity in all parts of the country,’’ she said.