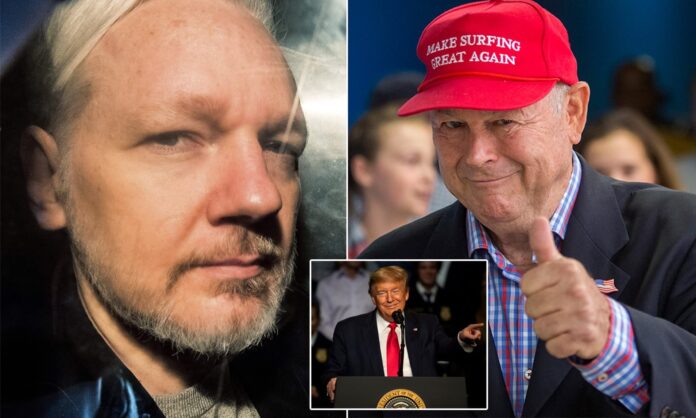 Assenge, an Australian National, had been in a maximum security prison in London since his arrest in April, 2019, for allegedly leaking classified U.S. military information.

Melzer made the appeal in an open letter to Trump ahead of a Jan. 4 ruling by a British court on a case seeking Assenge’s extradition to the U.S.

He risks up to 175 years imprisonment in the U.S. on charges of publishing classified information on U.S. military operations in Iraq and Afghanistan.

Melzer, who is the UN Special Rapporteur on Torture and other Cruel, Inhuman or Degrading Treatment or Punishment, said the Wikileaks founder was being persecuted for publishing the truth.

“This (detention) is a high price to pay for the courage to publish true information about government misconduct throughout the world.

“I ask you to pardon Assange, because he is not, and has never been, an enemy of the American people.

“His organisation, WikiLeaks, fights secrecy and corruption throughout the world and, therefore, acts in the public interest both of the American people and of humanity as a whole.

“I ask because Mr Assange has never published false information.

“The cause for any reputational harm that may have resulted from his publications is not to be found in any misconduct on his part, but in the very misconduct which he exposed,” he wrote.

The UN human rights monitor said by pardoning Assenge, Trump would be sending a message of justice, truth and humanity to the American people and the world.

He described the fugitive as a “courageous man who has suffered injustice, persecution and humiliation for more than a decade, simply for telling the truth”.

“I ask because you have vowed, Mr President, to pursue an agenda of fighting government corruption and misconduct.

“I also ask because allowing the prosecution of Assange to continue would mean that, under your legacy, telling the truth about such corruption and misconduct has become a crime,” he added.