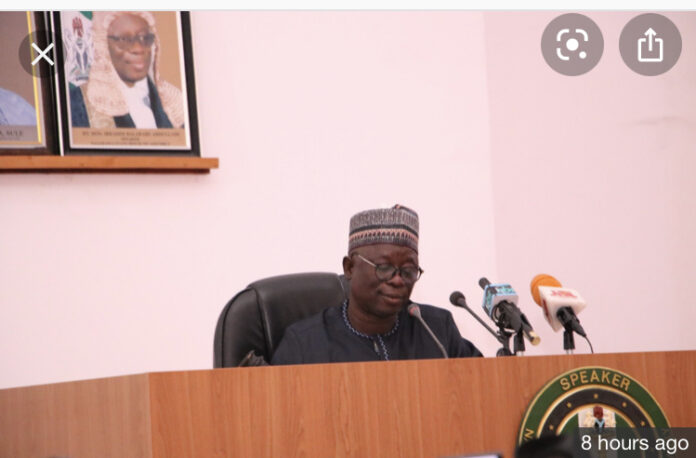 Lafia, Dec. 31, 2020 Nasarawa State House of Assembly on Thursday passed a bill that seeks to harmonise the collection of all revenues due to the state and local governments in the state.

The revenues include taxes, duties, levies, rates, fees, charges, among others.

The bill, if signed into law, would also make for the establishment of relevant administrative structures and other purposes connected therewith.

Alhaji Ibrahim Abdullahi, Speaker of the Assembly, announced passage of the bill after the lawmakers adopted the report of the bill as presented by the standing Committee on Finance and Appropriation.

Alhaji Aliyu Dogara, Chairman of the Committee, had presented the bill during plenary.

Dogara appreciated members of the committee for a job well done and other members for their contributions toward the success of the bill, and restated the determination to work assiduously toward a better life for every Nasarawa resident.

“We have cut short our recess to attend to this important issue as this bill is paramount to our people.

Abdullahi assured Gov. Abdullahi Sule of the legislators’ readiness to synergise with him to take the state to the next level of development.

The speaker then directed the Clerk of the Assembly to produce a clean copy of the bill for the governor’s assent.

Earlier, Alhaji Tanko Tunga, the Majority Leader of the Assembly, had moved a motion for the passage of the bill, while Mr Danladi Jatau, the Minority Leader, seconded the motion for the bill to be read the third time.