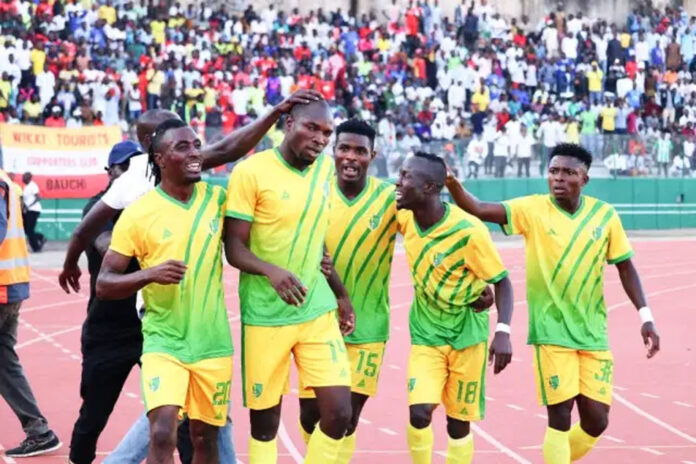 Naija247news reports that the match was Wikki Tourists’ second of this season, having lost its first match with Nasarawa United on Sunday, 27, December, 2020 in Nasarawa 2-1.

Speaking to newsmen shortly after the final whistle was blown, Usman Abdallah, Wiki Tourists’ coach, said both teams performed well considering that they both played under pressure.

“It’s the beginning of the season and we had hoped to bag the three points but unfortunately, football is always this way.

“Both teams played very well because of the pressure on them, we are in the same situation. Plateau is struggling the same way we are also struggling at the beginning of the season.

“Fortunately for us, we haven’t lost at home and we managed to get this one point,” he said.

The coach further noted that the match could have gone either way as both teams played a professional game, missing few chances.

“We look forward to the three points in our next match with Eyimba United,” Abdallah said.

Also speaking, Abdul Maikaba, Plateau United coach, said he was very happy with the result, adding that it was a hard task to secure a point in Bauchi.

“I’m happy with this result, I’m so delighted because getting a point in Bauchi is a very big achievement for my team, especially now that we have some problems. It’s good we got one point.

“I hope we improve from this one point in our next game at home and I believe that we will bring the team spirit back,” he said.

NAN also reports that Wikki United got only one yellow card in the 31st minutes of the entertaining encounter while Plateau United got two yellow cards in the 59th and 77th minutes respectively.